The pink-domed Putra Mosque is constructed with rose-tinted granite and can accommodate 15,000 worshippers at any one time. The basement wall of the mosque resembles that of the King Hassan Mosque in Casablanca, Morocco. 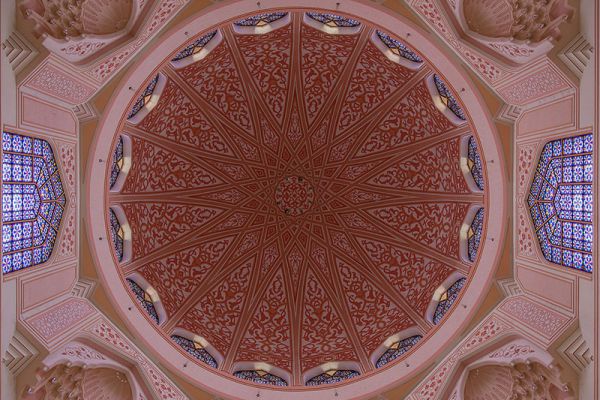 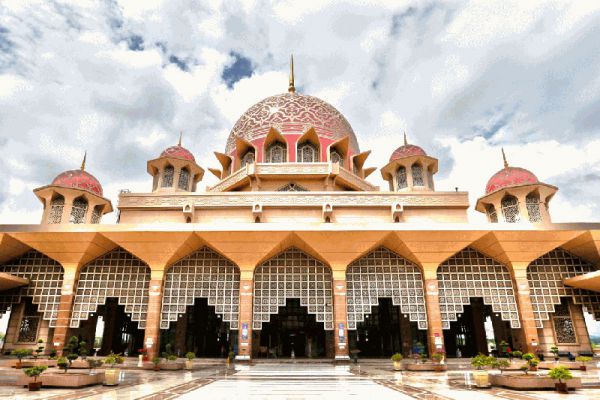 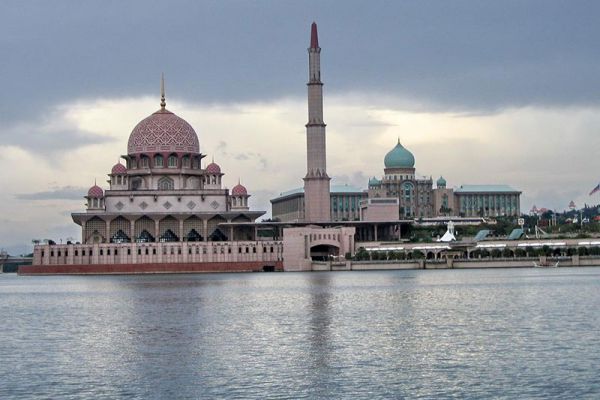 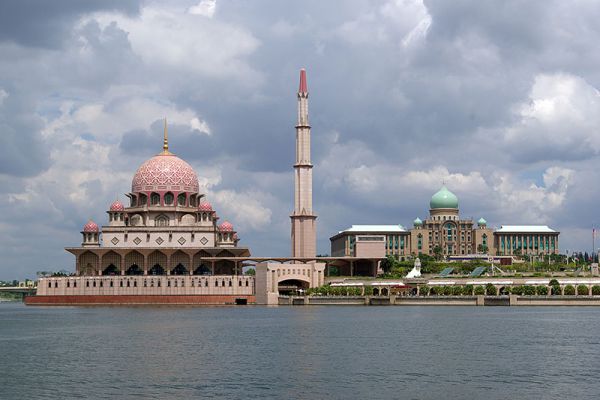 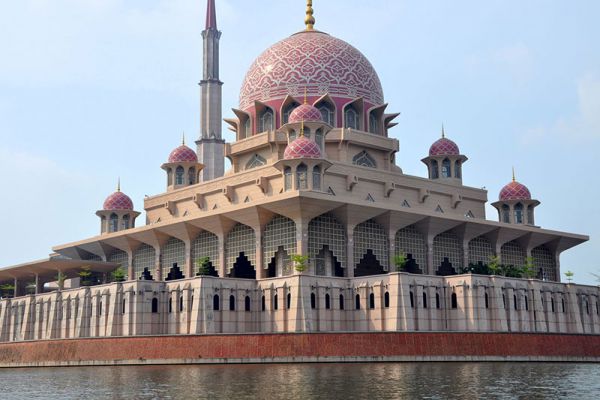 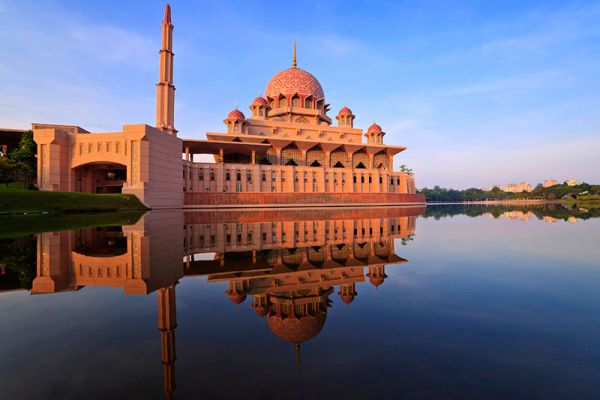 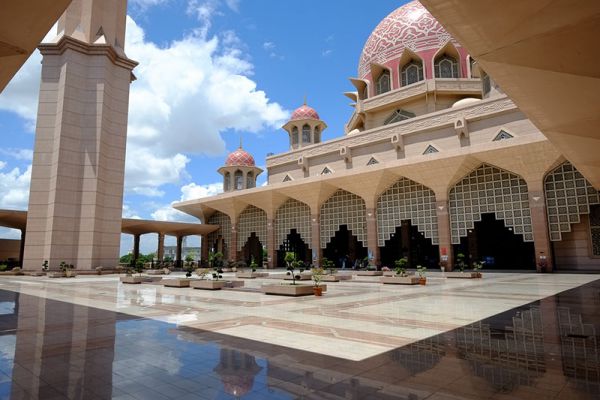 The mosque consists of three main functional areas – the prayer hall, the Sahn, or courtyard, and various learning facilities and function rooms. The prayer hall is simple and elegant, supported by 12 columns. The highest point below the dome is 250 feet above ground level.

The Sahn, landscaped with several decorative water features and bordered by colonnades, provides a huge yet welcoming and beautiful prayer space.

Its impressive minaret is influenced by the design of the Sheikh Omar Mosque in Baghdad. At 116m, it is one of the tallest minarets in the region and has five tiers, representing the Five Pillars of Islam. 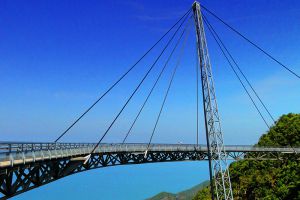 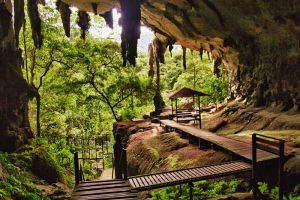