Located on the Chao Phraya River‘s bank in Tambon Pak Khlong Bang Pla Kot, the Phra Samut Chedi was once settled on an island surrounded by the river before the water level decreased that it later connected to the mainland. 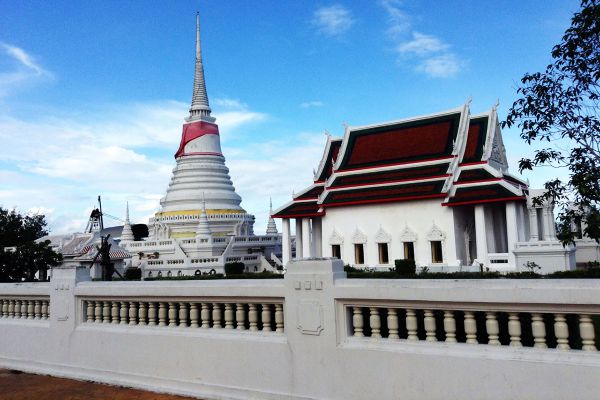 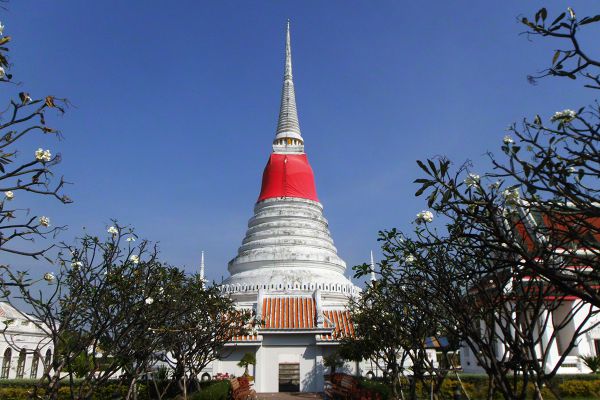 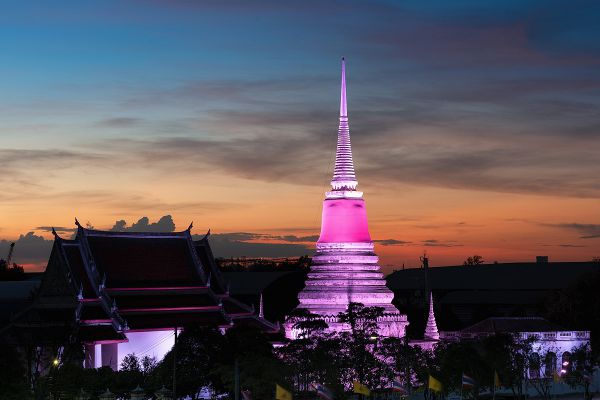 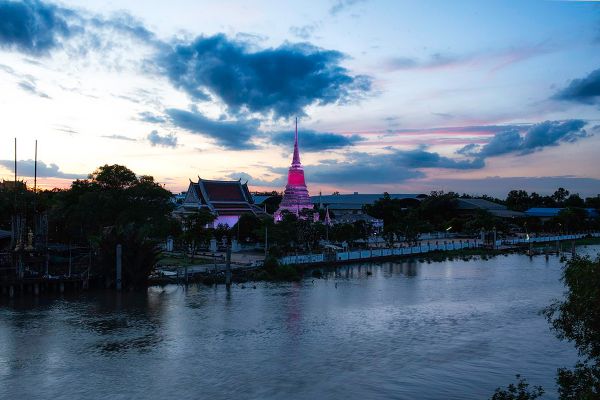 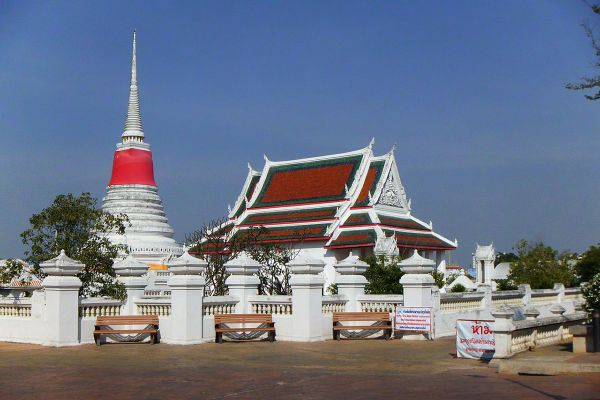 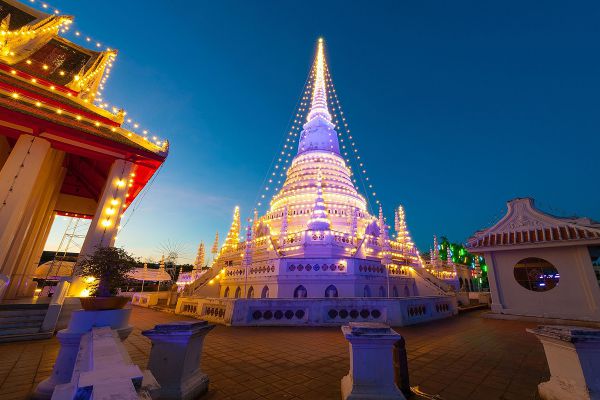 Tucked behind the Phisuea Samut Fortress, this Phra Samut Chedi was constructed since the reign of King Rama II but was completed during the reign of King Rama III. The original height of the pagoda was 20 meters before King Rama IV ordered the change on the shape of the pagoda and increased the height to 38 meters while inside contains the Buddha’s relics, image of Buddha’s posture of Phra Ham Samut (pacifying the ocean) and an image of well-known monk, Phra Chai Wat. 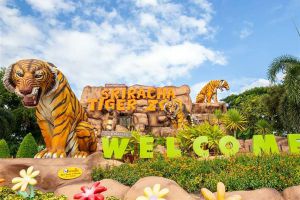 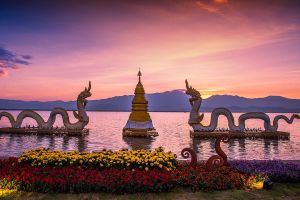