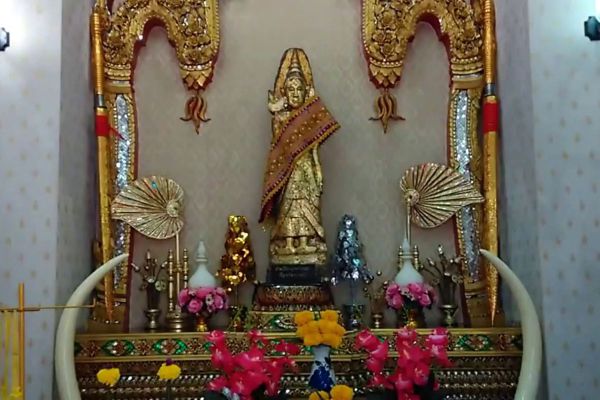 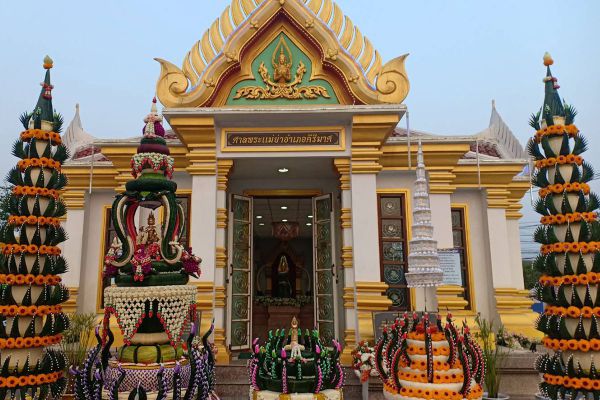 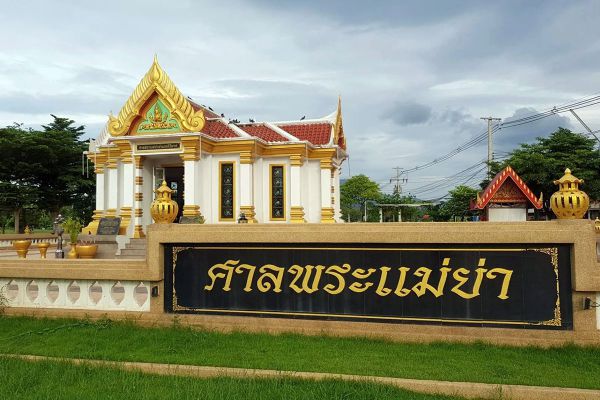 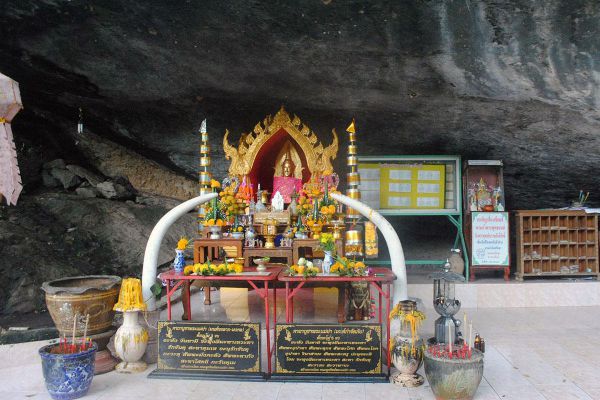 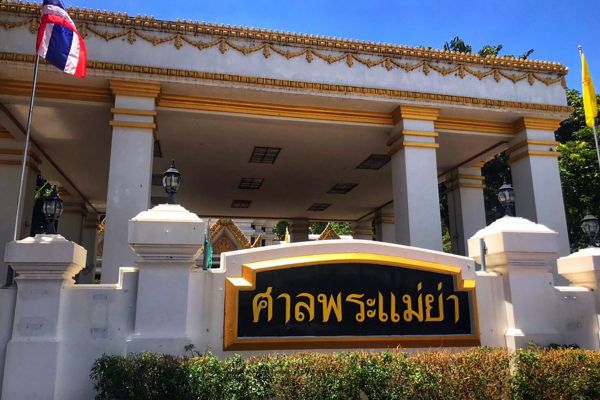 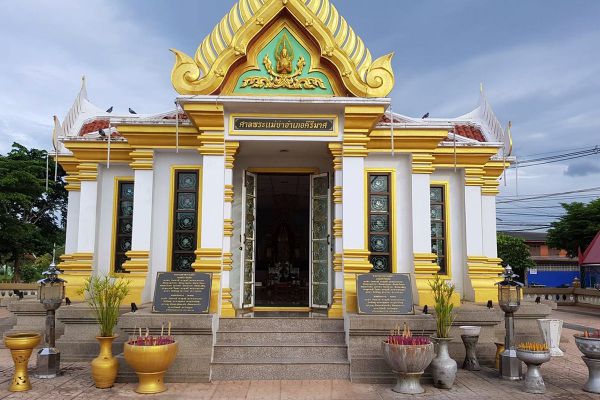 It is a figure of a young woman with accessories showing that she is an ancient noble woman. She stands straight with both arms close to her body. She wears a cloth which two sides of the hems are flapping with the wind, like female custom costume in Sukhothai period; however, she does not wear clothes or breast clothes, but stripes herself to the waist and bears her breasts. She also wears round armlets, bracelets, and anklets on both sides of her arms, wrists, and ankles, respectively. Her face is oval with tapered chin and a slight smile. She is wearing Thai theatrical crown on her head and a pair of shoe with bended tip.

The peak of the stone above the crown is partly nicked. This stone statue, including the same remaining piece of stone platform, is totally 51 inches tall. The height from her feet to the tip of the crown is 49 inches. This statue is made of only one piece of stone; therefore, there is no sign of joint on the statue.There is still no certain evidence telling the true history of Phra Mae Ya. Since a lot of people call her Phra Mae Ya, Ajarn Thongjure Suebchompoo presumes that she is a queen, possibly Phra Nang Sueang, who was King Ramkhamhaeng’s mother and King Lithai’s grandmother.

Phra Mae Ya Shrine is now renovated. The process started in 1994 when Mr. Kiattiphan Noimanee was Sukhothai governor. Princess Maha Chakri Sirindhorn was respectfully invited to lay the foundation stone in September 12, 1994. The construction was complete in 1998. There was also a ceremony inviting Phra Mae Ya to be housed at the new shrine on January 6, 1998. There has been Phra Mae Ya celebration held on February every year in Sukhothai Province.

Wat Mung Muang temple is really worth visiting due to its fantastic miracle. Dating back to the Second World War,…

Wat Benchamabophit Dusitvanaram is a Buddhist temple in the Dusit district of Bangkok, Thailand. Also known as the marble temple,…