Within the Phimai Historical Park is the Phimai Sanctuary, one of the grandest and most important Khmer historical sites in Thailand. 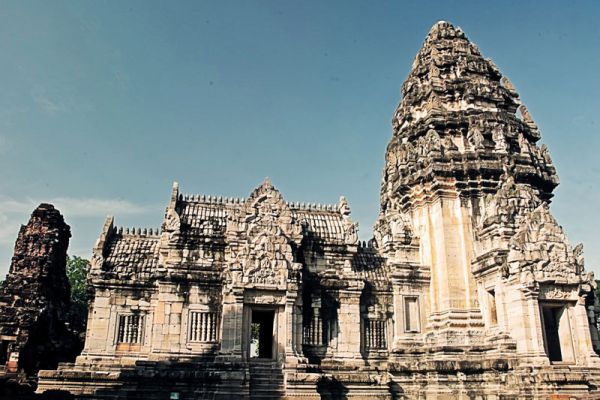 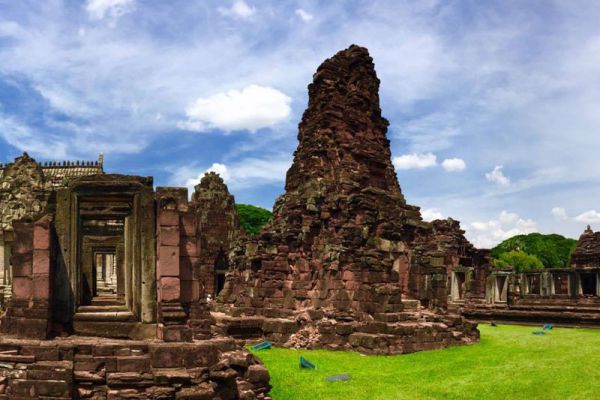 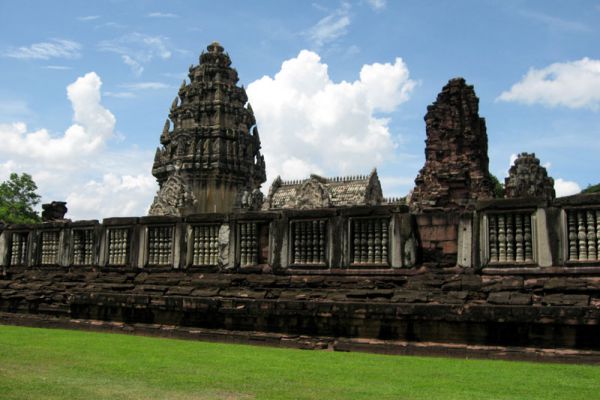 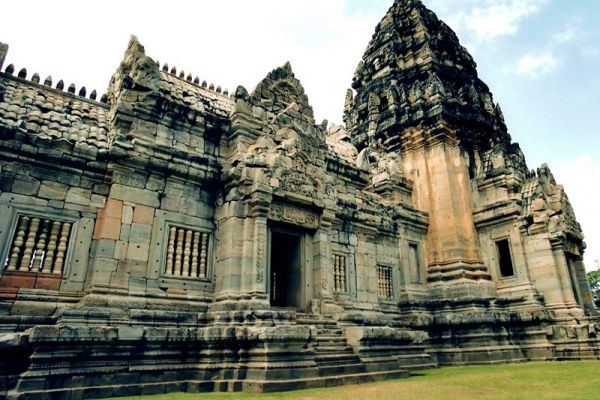 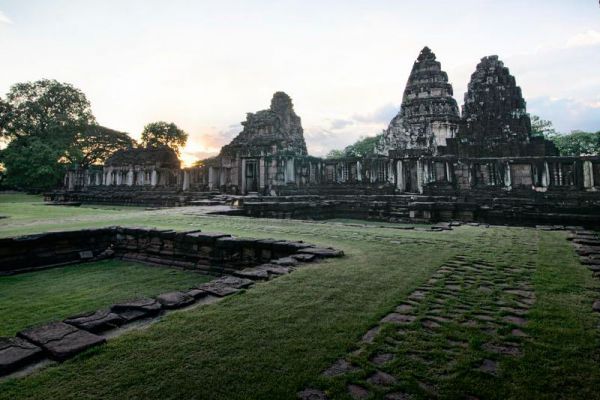 The word Phimai appears in an inscription on a stone slab at the front doorway of the building as well as in many other structures. It is believed that the word Phimai referred to a religious figure or site.

The Phimai Sanctuary is rectangular in shape and is 565 meters wide and 1,030 meters long. It consists of ornately carved sandstone and laterite structures. The most special characteristic of the sanctuary is that it is the only one that faces south while the others usually face east. This is probably because it was built to face the route that the Khmers traveled from the capital of the empire, to the south of Phimai.

From stone inscriptions and the architectural style, the Phimai Sanctuary was most likely built at the end of the 11th century during the reign of King Suriyaworaman I. The architectural style is that of the Baphuon style that prospered at the time. However, some characteristics are similar to that of Angkor Wat, which became popular at a later period. Some additions were made to the site in the early 18th Buddhist century during the reign of King Chaiworaman VII when Phimai had close relations with the Khmer Empire. The sanctuary was always a religious site of the Mahayana sect of Buddhism because King Suriyaworaman I and King Chaiworaman VII were followers of the sect.

Masjid Takia Yokin, also known as Masjid Tiki, was established in 1610 by a Muslim Shiite from India (who embraced…