Phanom Rung Historical Park is a grand and majestic Khmer site over a thousand years old. Built on an extinct volcano, it is originally a Hindu religious site and later became a Buddhist one. During the 15th-18th Buddhist century, several additions were made. 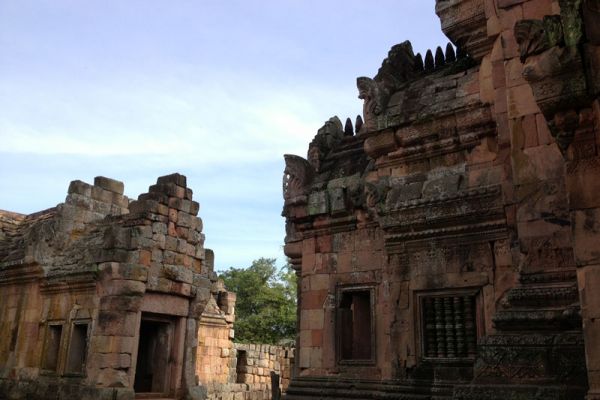 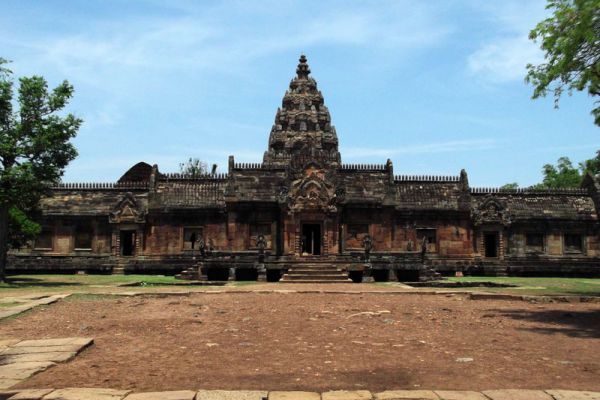 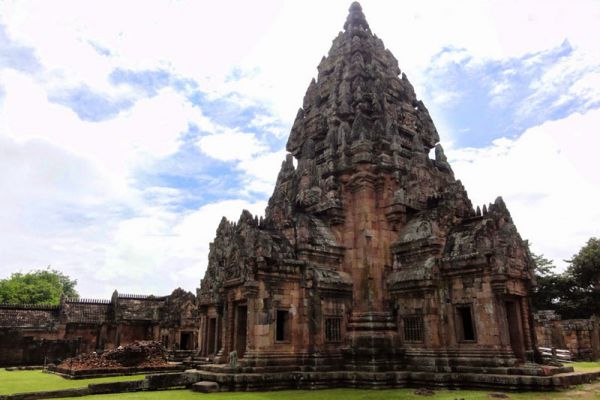 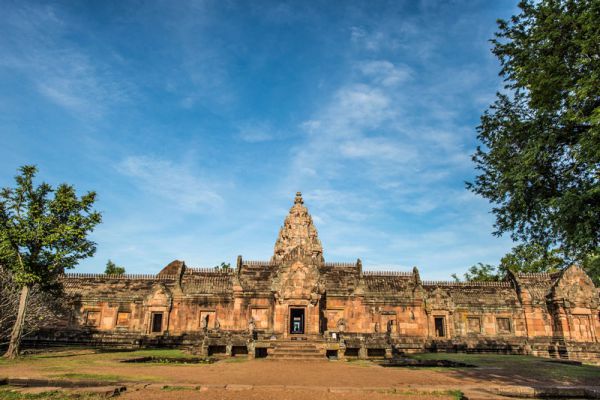 The first thing visitors see when they arrive at the site is the grand stairway from the foot of the hill up to the top. Most of the buildings of the sanctuary are made of laterite and sandstone, all with elaborate designs. The buildings are lined all the way to the main pagoda. This layout is according to Hindu belief of the layout of the heaven of the god Shiva.

The main pagoda is a large one with a square base and facing east. The designs on the pagoda, columns, doorway, and lintels are exquisite, most telling a story of gods in Hinduism. From these designs and the architecture, it is surmised that the pagoda, the stairway and the Naga bridge were built during the 17th Buddhist century. Each building has descriptive designs telling people the purpose for its construction, its usefulness and the beliefs of ancient people.