Pa Hin Ngam is a national park in Chaiyaphum Province, Thailand. “Hin ngam” means “beautiful stone”, “pa” means “forest”. The park got its name from the strange rock formations at the west end of the park. Erosion has carved several large rocks into striking and unusual shapes. 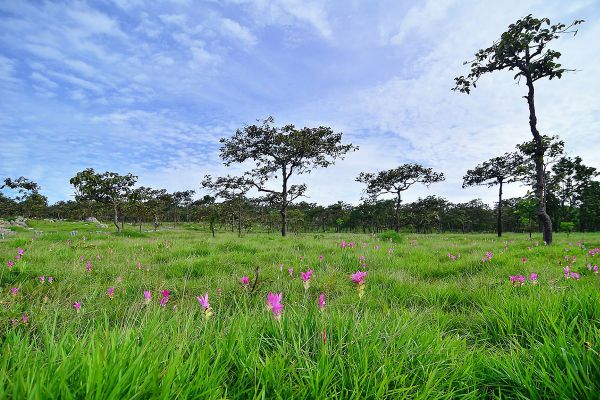 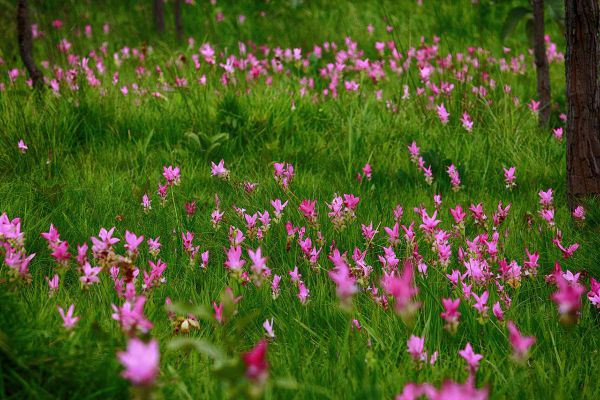 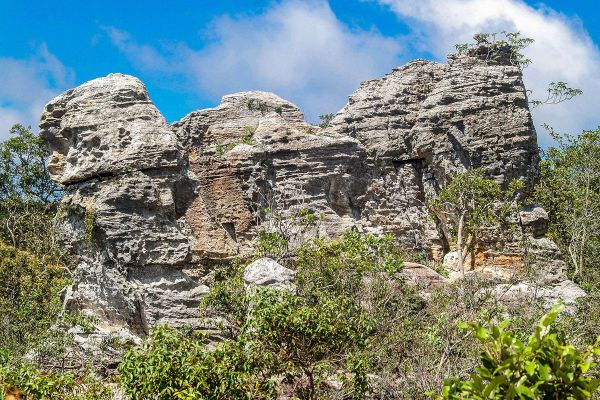 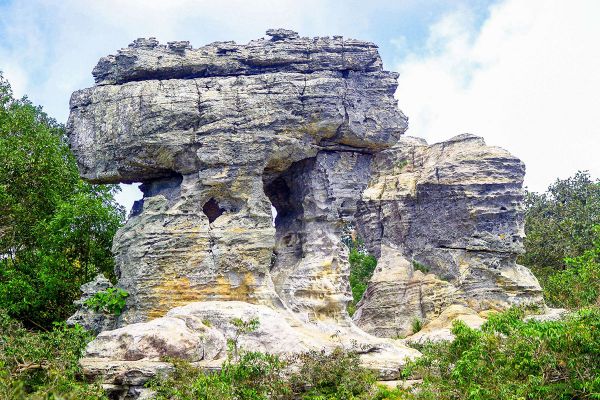 In 1985, the Tep Satit Forestry Department first surveyed the area, long popular with locals, and recommended its protection. In October 1986, Pa Hin Ngam Park was created, covering 10 km2 around the strange rock formations which gave the park its name. In 1993, the Forestry Department of Thailand conducted a more thorough survey including the surrounding area, and recommended that it become a national park. The national park covering 112 km2 was created on 19 September 1994, which was officially gazetted in 2007.

The park is at the boundary of the Dong Phaya Yen Mountains and the Khorat Plateau. The steep cliff at the 846 m high Sut Phan Din viewpoint affords a view into a valley of the Sonthi River and the Sap Langka Wildlife Sanctuary. The name “Sut Phan Din” means “end of land”, reflecting the steepness of the cliff. This cliff also marks the watershed between the Chao Phraya and the Mekong rivers. 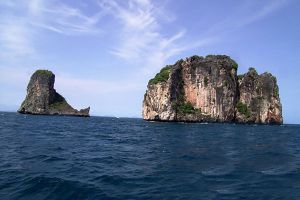 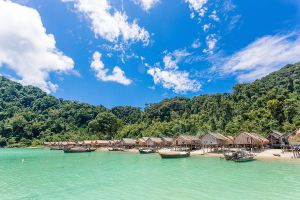