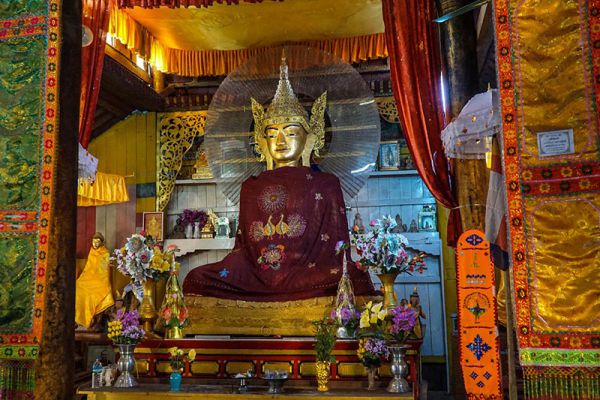 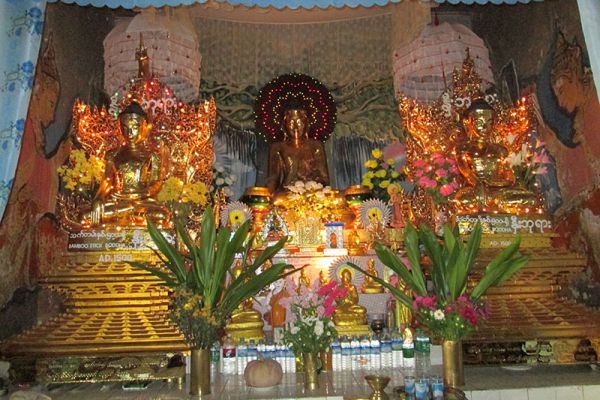 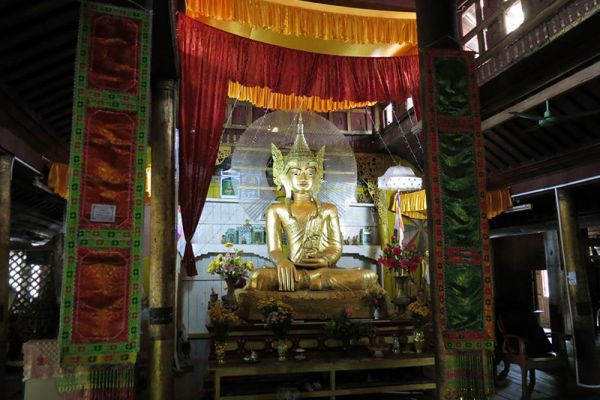 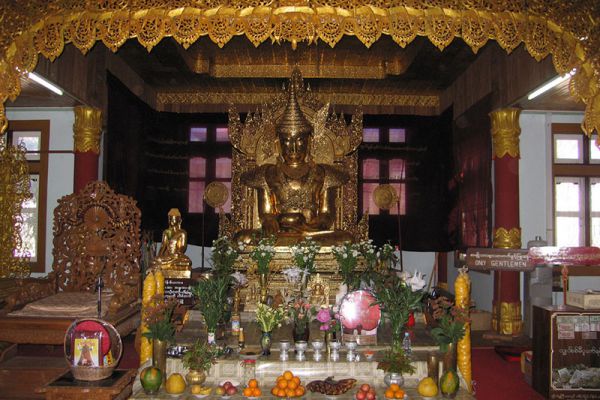 It was estimated to have been established in First Inn-wa Period over 500 years ago. The donors were hard to ascertain and there were no records but its head was sharp upright. its ears were not touching the shoulders and the nether garment was covered for the whole of its lower parts.

So it was believed to be historic. It is eight feet four inches high. It is noted for its longevity. its prevention of fire. and its wishgranting powers. Occasionally radiation seemed to come from the pagoda at the front of image. The image is now lacquered and gilded all the way.