During the 4th to 13th centuries there was a unique culture on the coast of contemporary Vietnam, owing its spiritual origins to the Hinduism of India. This is graphically illustrated by the remains of a series of impressive tower temples in a dramatic site that was the religious and political capital of the Champa Kingdom for most of its existence. 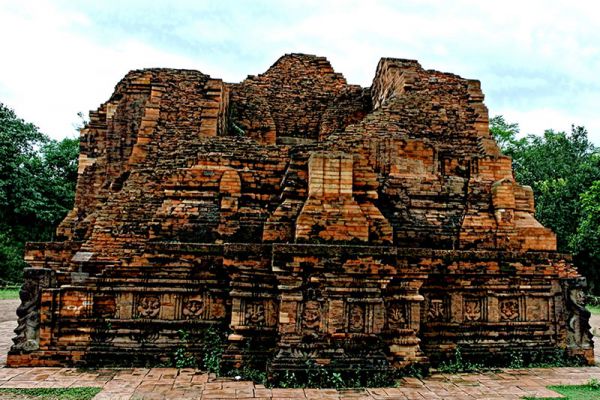 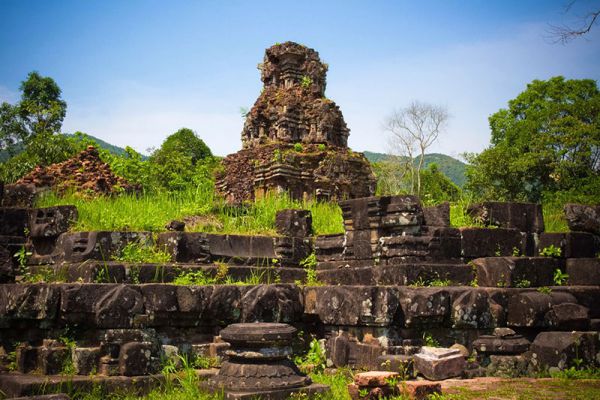 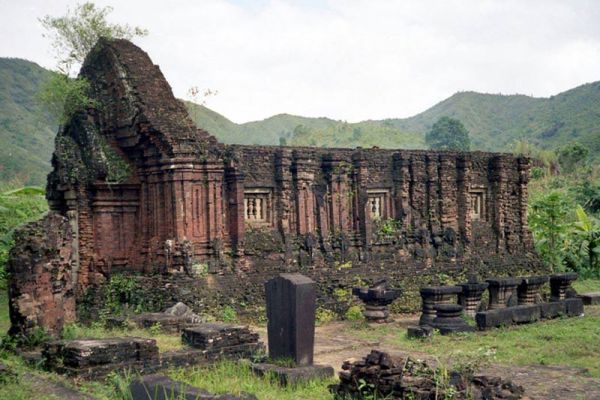 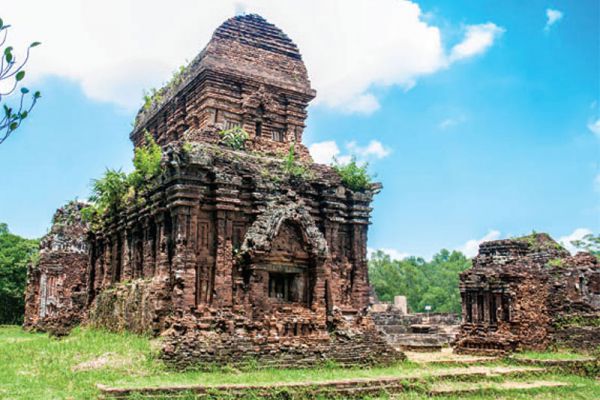 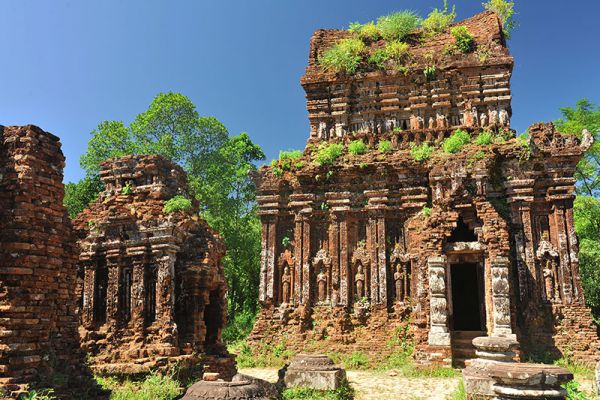 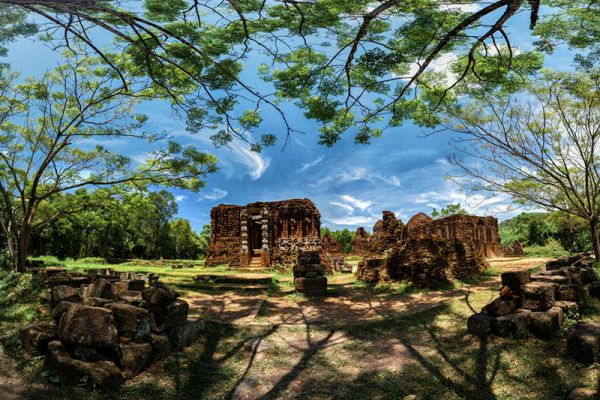 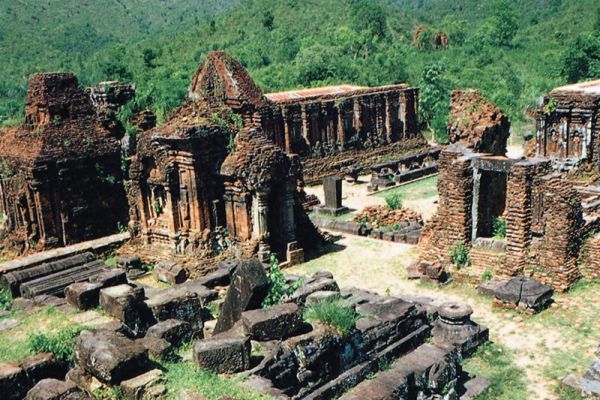 My Son Sanctuary dates from the 4th to the 13th centuries CE. The property is located in the mountainous border Duy Xuyen District of Quang Nam Province, in central Vietnam. It is situated within an elevated geological basin surrounded by a ring of mountains, which provides the watershed for the sacred Thu Bon river. The source of the Thu Bon river is here and it flows past the monuments, out of the basin, and through the historic heartland of the Champa Kingdom, draining into the South China Sea at its mouth near the ancient port city of Hoi An. The location gives the sites its strategic significance as it is also easily defensible.

The tower temples were constructed over ten centuries of continuous development in what was the heart of the ancestral homeland of the ruling Dua Clan which unified the Cham clans and established the kingdom of Champapura (Sanskrit for City of the Cham people) in 192 CE. During the 4th to 13th centuries CE this unique culture, on the coast of contemporary Viet Nam, owed its spiritual origins to the Hinduism of the Indian sub-continent. Under this influence many temples were built to the Hindu divinities such as Krishna and Vishnu, but above all Shiva. Although Mahayan Buddhist penetrated the Cham culture, probably from the 4thcentury CE, and became strongly established in the north of the kingdom, Shivite Hinduism remained the established state religion.