The tallest of the limestone mountains that ring Hpa-an is Mt Zwegabin, about 7 miles south of town, which as well as being a respectable 2372ft, is also home to spirits and saintly souls. The two-hour hike to the summit is demanding – up many steps and with aggressive monkeys as constant adversaries – but once at the top the rewards are plentiful. 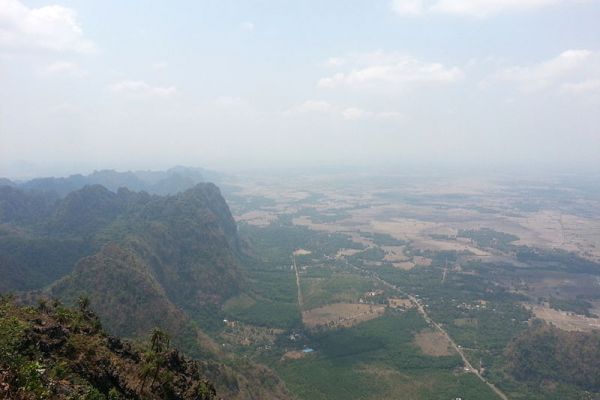 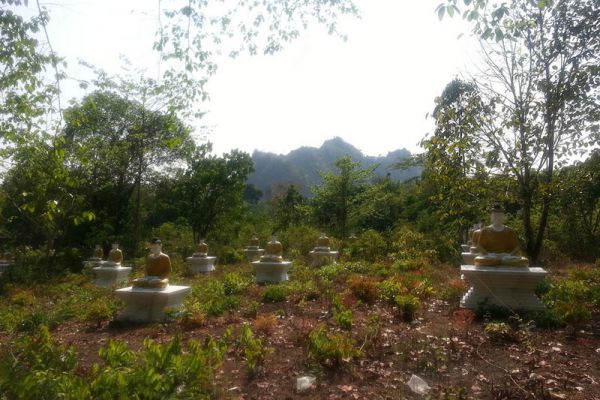 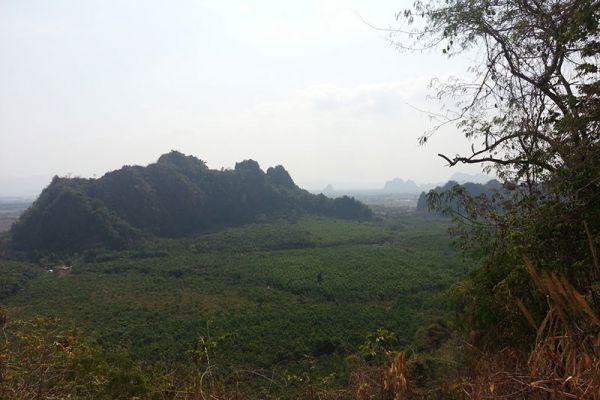 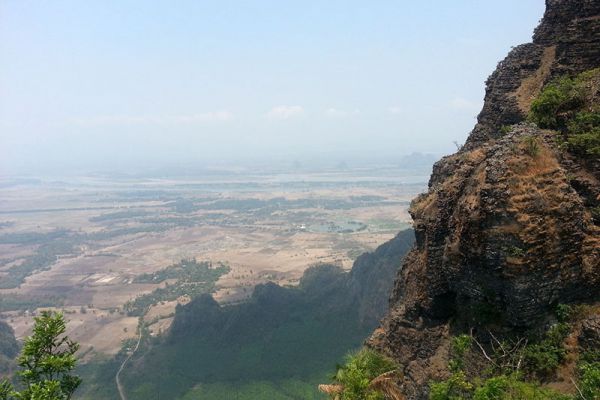 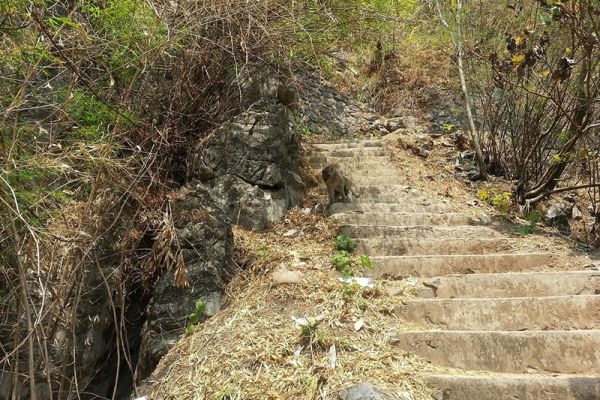 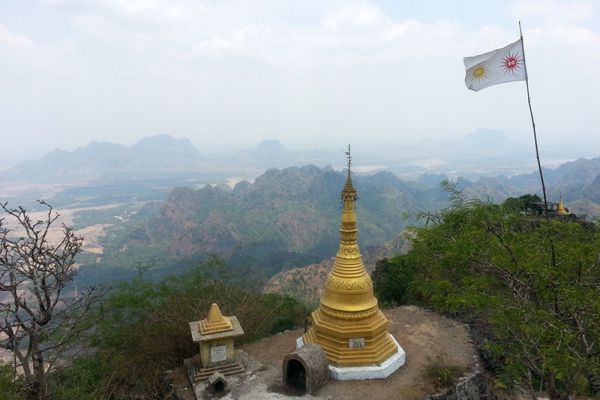 The summit takes in staggering views, a small monastery and a stupa containing, yes, you guessed it, another hair from the Buddha. If you arrive at the top before noon you can take advantage of a complimentary lunch (rice, orange and tea) and the 11am monkey feeding – different primates, different menus.

The descent down the east side of the mountain takes around 1½ hours. At the time of writing, there was talk of a cable car being constructed in the near future.