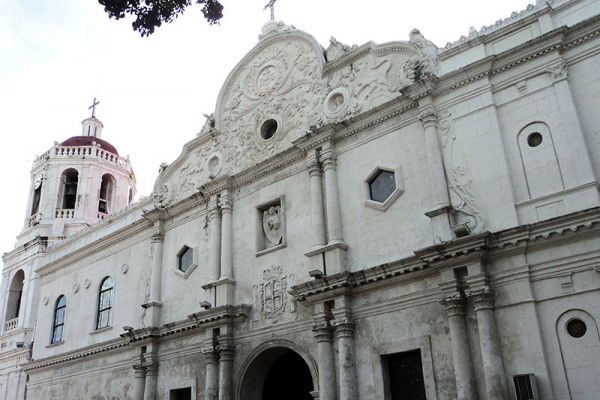 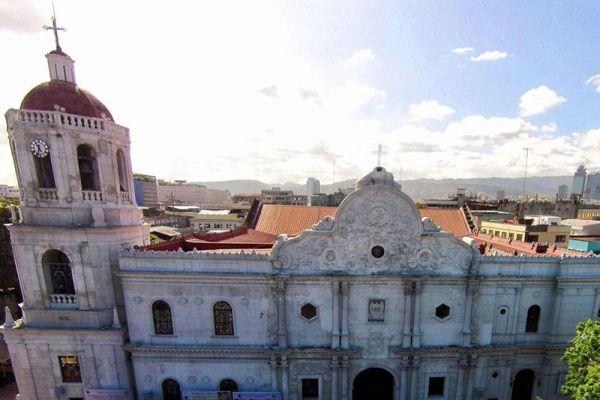 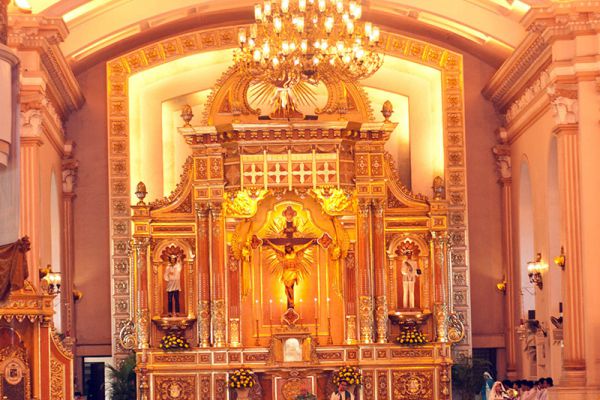 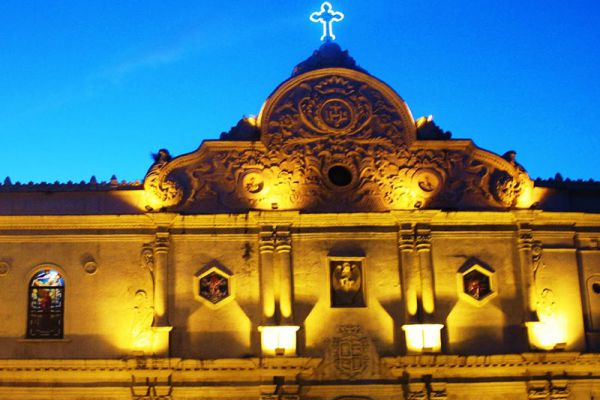 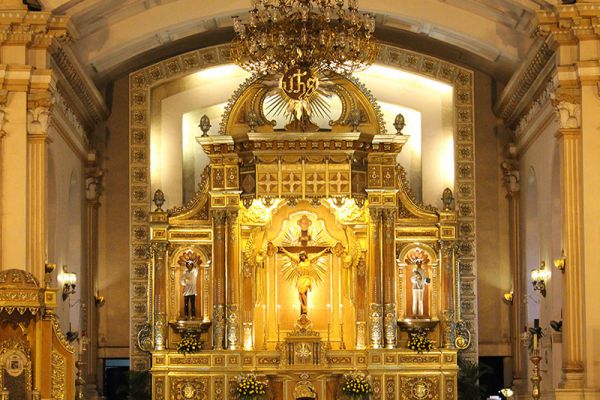 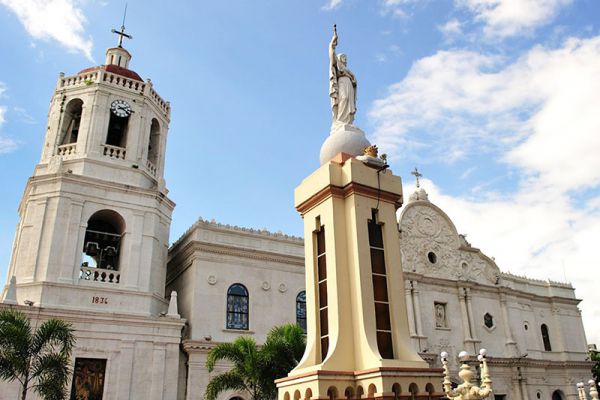 Cebu Metropolitan Cathedral architecture is distinctive with baroque colonial churches in the country with squat, cruciform, and with thick walls to withstand typhoon and other natural catastrophes. The trefoil-shaped gable is ornamented with carved relieves of floral themes, an IHS inscription and a pair of griffins.

Cebu Metropolitan Cathedral was ruined by Allied bombings during World War II with only the belfry (built in 1835), the facade, and the walls as the remains of the church. In 1950s, the church was rapidly rebuilt during the incumbency of Archbishop Gabriel Reyes and under the supervision of architect Jose Zaragosa.