Masjid Tengku Tengah Zaharah is situated within the Kuala Ibai Lagoon near the estuary of Kuala Ibai River, approximately 4 kilometres from Kuala Terengganu. It was constructed between 1993 and 1995, and officiated by the late Sultan of Terengganu, Almarhum Sultan Mahmud Al-Muktafi Billah Shah, in July 1995. The mosque was named after Sultan Mahmud’s mother, Tuanku Intan Zaharah binti Almarhum Tengku Seri Setia Raja. 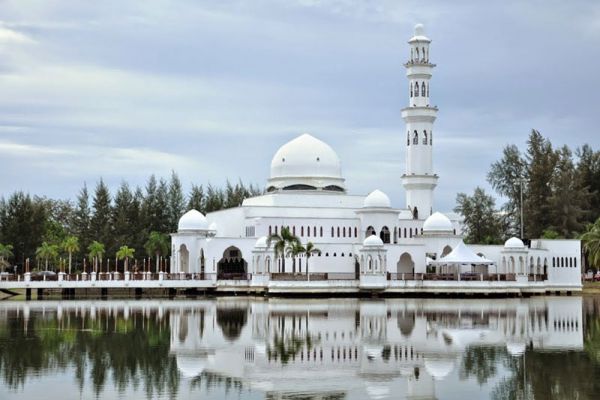 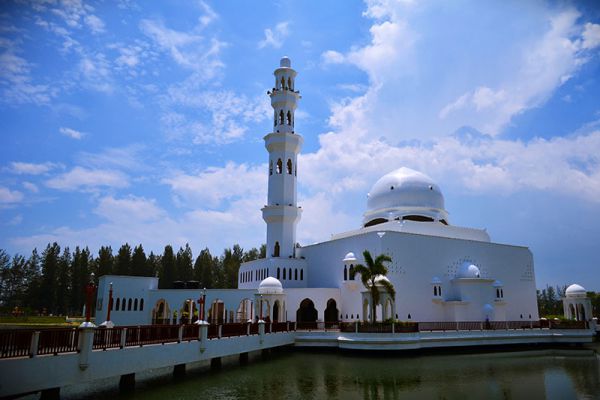 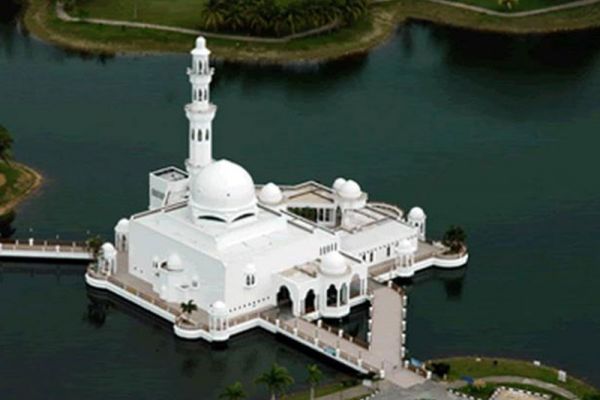 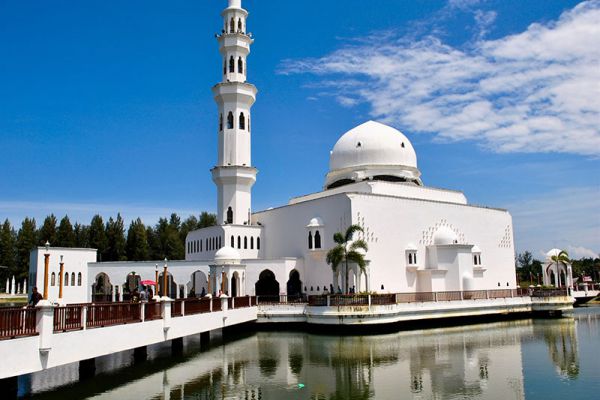 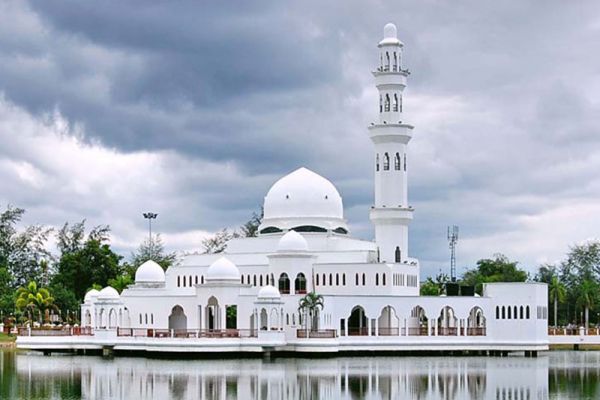 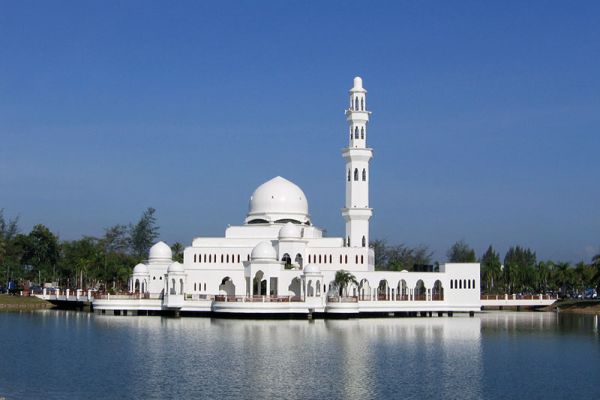 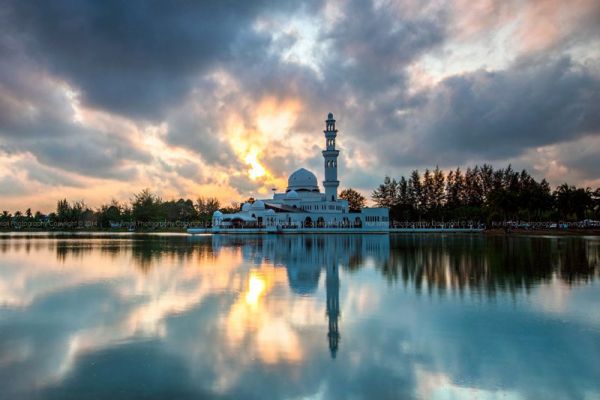 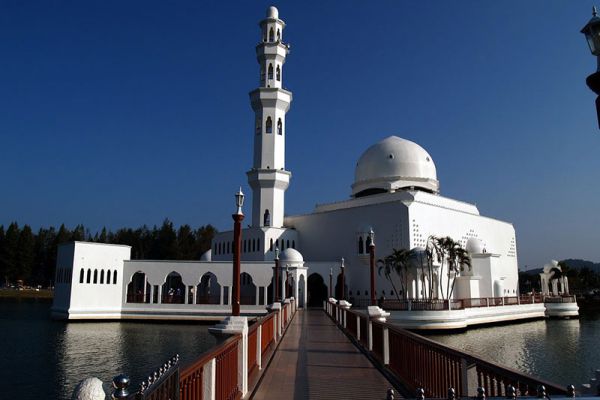 The magnificent floating mosque combines Modern and Moorish architectural styles, symbolising innovation and modernisation in the state. Built on a five-acre reclaimed land, its pure white structure incorporates the use of marble, ceramics, mosaic tiles and bomanite paving. Two pedestrian bridges connect the mosque to the land on both sides. Its most outstanding feature is its 125-feet-tall minaret, which affords a glorious view of South China Sea and its surroundings from the topmost tier.

Masjid Tengku Tengah Zaharah is most beautiful during sunset, when the setting sun casts a warm golden glow on its majestic structure.