Masjid Sultan Salahuddin Abdul Aziz Shah is Selangor’s State Mosque, also known as ‘The Blue Mosque’. Located in Shah Alam, the state’s capital city, the mosque that was built between 1983 and 1987 is said to be the biggest in Southeast Asia. It is also said to have the world’s biggest dome and tallest minarets. 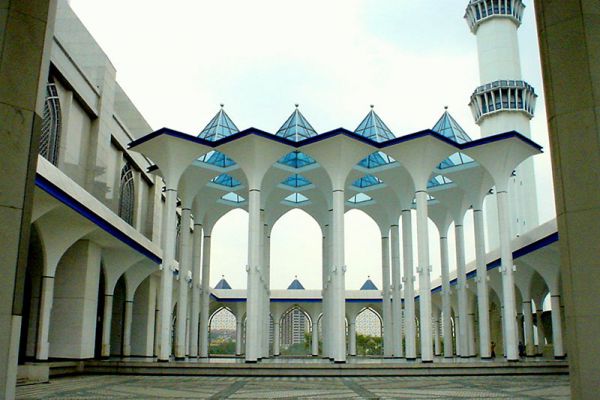 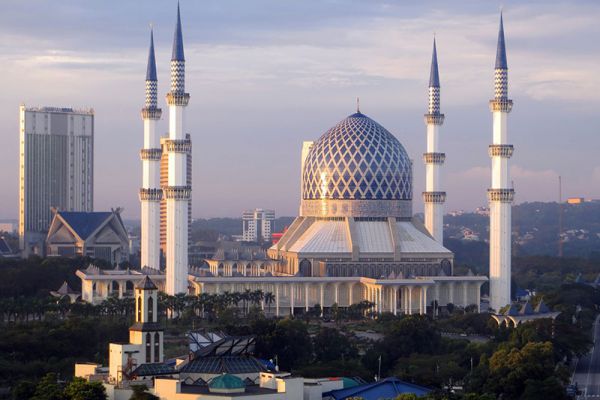 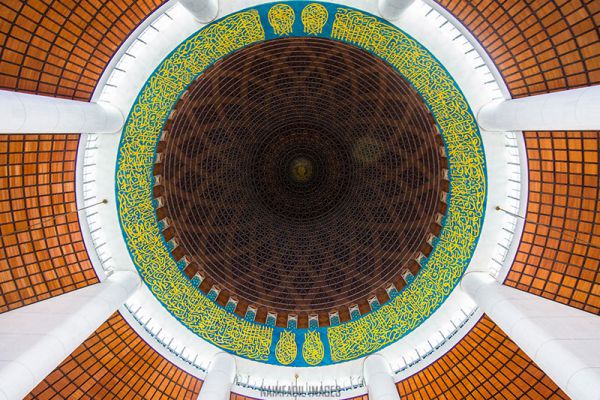 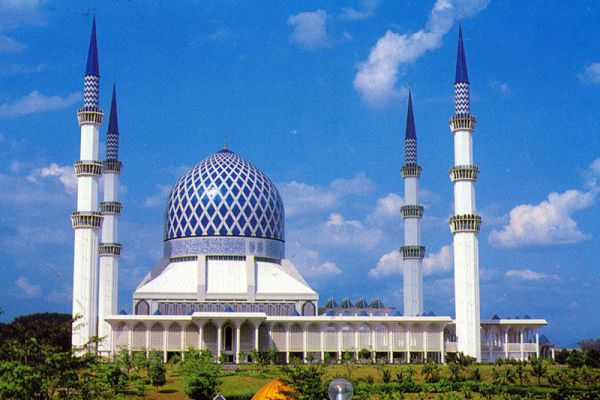 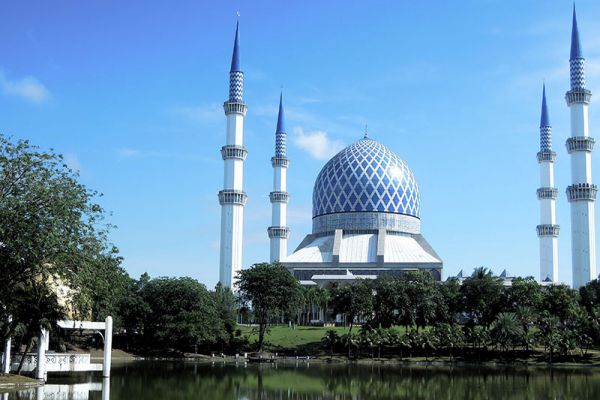 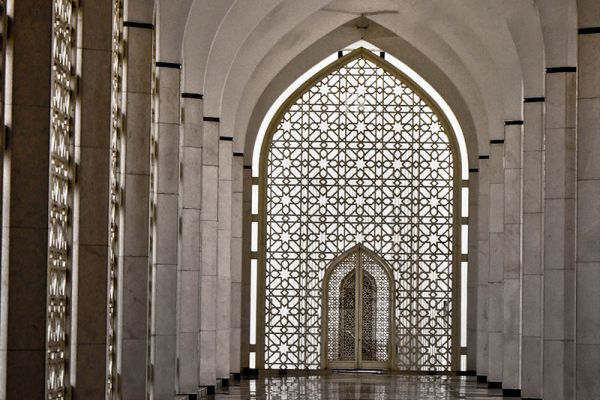 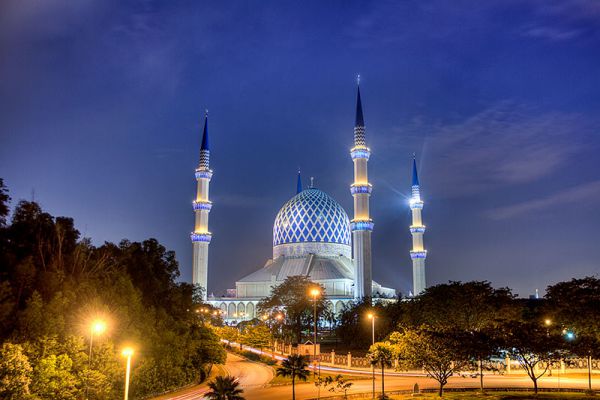 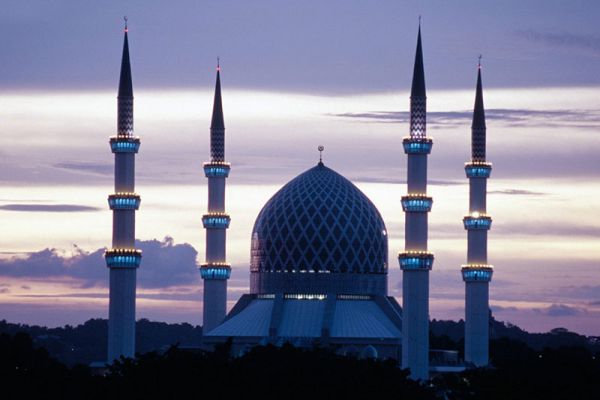 The late Sultan of Selangor, of whom the mosque was named after, played a monumental role in the construction of this mosque. It was not only built under his decree, but also on a site that was chosen by him. He also donated his allowance for four months to the mosque, as well as gifted four crystal chandeliers and an antique clock.

The mosque’s stunning architecture is a clever combination of traditional and modern, with Middle Eastern and Malay design elements. Its magnificent blue dome, which is the mosque’s trademark, is primarily constructed out of aluminium and measures 51.2 metres in diameter. Four minarets measuring 142.2 metres tall flank the building at each corner. Fine Arabic calligraphies made by a renowned Egyptian calligrapher adorn the walls and the main dome. Its windows are fitted with blue stained-glass panels, which render a serene bluish light upon its interior when sunlight shines through them. Its carved wooden pulpit was created by Kelantanese craftsmen, modelled after the country’s old mosques, while its mihrab is covered in antique marble imported from Turkey.

Selangor’s State Mosque is situated next to the Garden of Islamic Arts, and can fit up to 24,000 worshippers at a time. It is also equipped with various facilities such as Islamic Art galleries, conference rooms, seminar halls, a library, religious classes and a huge multipurpose hall.