Many people may be familiar with the name of Admiral Prince Abhakara Kiartivongse, Prince of Chumphon as Krom Luang Chumphon Khet Udomsak or Sadet Tia who was highly-praised among the navy. His Royal Highness is the son of King Chulalongkorn and is the Father of the Royal Thai Navy. His Royal Highness had a great gratitude for the nation and was a person who provided the foundation for the Royal Thai Navy Administration. 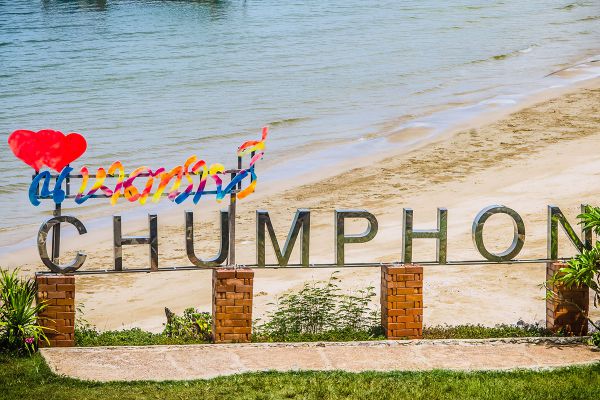 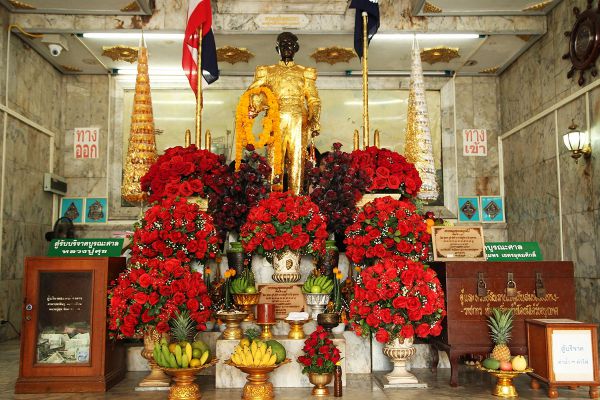 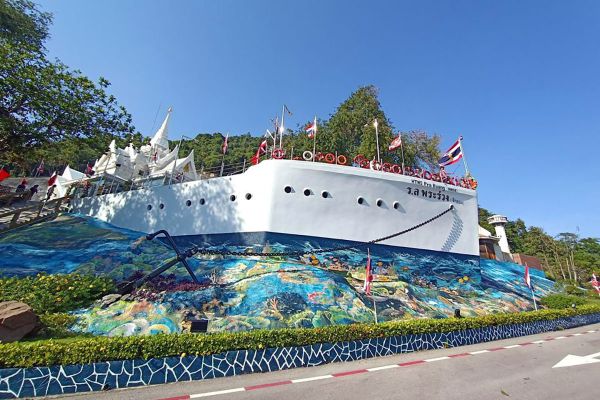 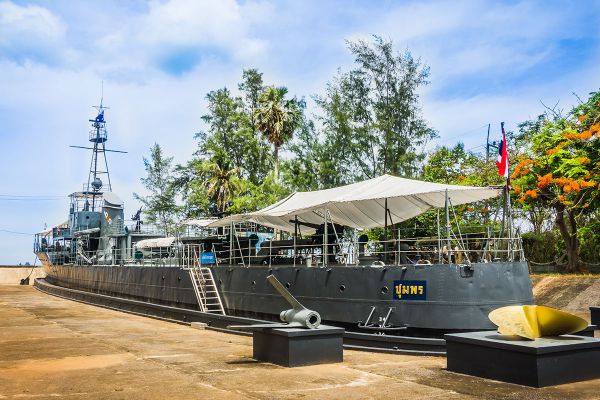 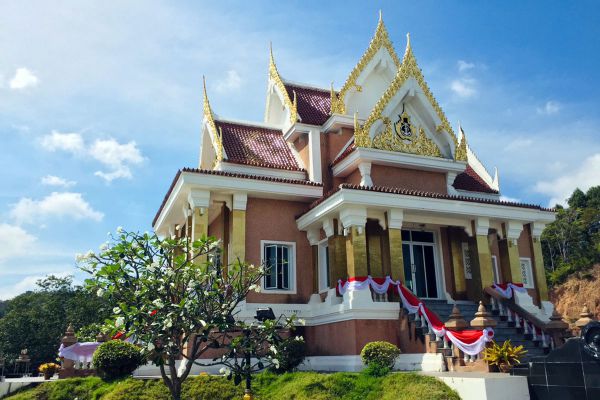 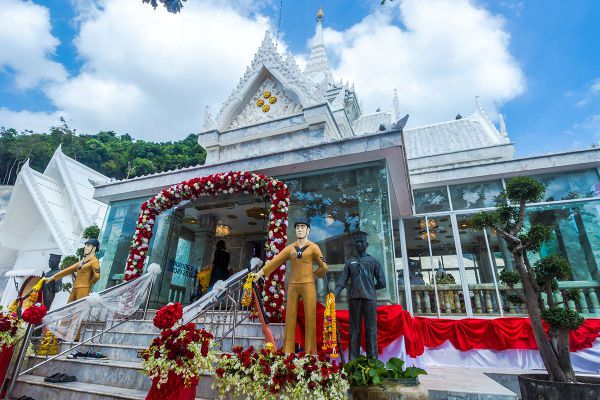 The shrine is a building constructed with one layer of brick and cement and adorned with Thai patterns. During holidays or festivals, a great number of devotees come to light incense sticks and firecrackers to fulfill their vows at the front. If you walk down the ramp and look up, you will see that the entire shrine base is designed to be a duplicate of the HTMS Chakri Naruebet facing towards Sai Ri Beach. There is also the exhibition hall for the biography of Admiral Prince Abhakara Kiartivongse, Prince of Chumphon or Krom Luang Chumphon Khet Udomsak. In the nearby area, the Royal Chumphon Ship which has been put out of commission is exhibited with its bottom half embedded in the cement ground. The Royal Chumphon Ship was assigned on a mission to escort the landing crafts and patrol the coast. In addition, there is Admiral Prince Krom Luang Chumphon Khet Udomsak Royal Palace, the place where His Royal Higness passed away.

For those who visit Sai Ri Beach, we would suggest you pay respect to Krom Luang Chumphon Khet Udomsak Shrine for propitiousness and joy throughout your journey.

Perhaps the best known attraction in Doi Tung, Wat Phra That Doi Tung is a temple that sits atop of…

Thung Thalay Luang is a heart-shaped lake located in Muang Sukhothai district, Sukhothai province. The project was initiated by King…

Situated on the way to Chao Mai Beach, Hat Yong Ling and Hat San are curved beaches that run parallel…