King Taksin Shrine is located on Tha Luang Road in front of Taksin Camp in Chanthaburi Province. The building, which has a nonagon shape with the roof like a hat with sharp top, houses the statue of King Taksin inside. The shrine was constructed from the villager’s faith so the people in Chanthaburi and nearby provinces can pay homage for their luck.At first, this shrine was just a wooden shrine next to the city pillar shrine. 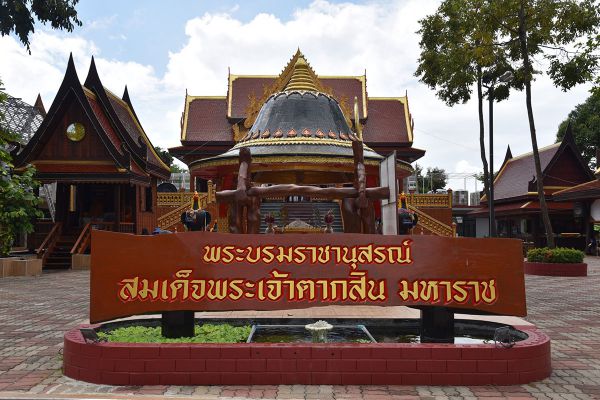 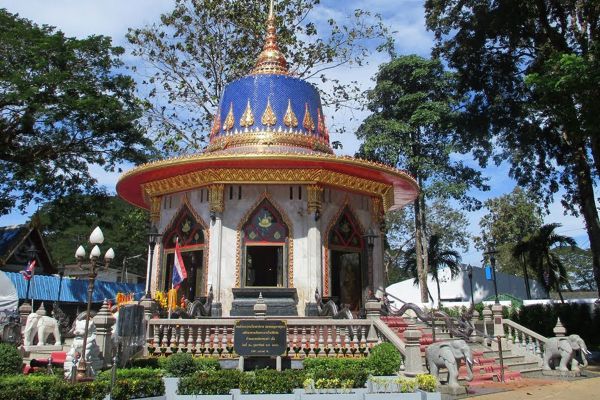 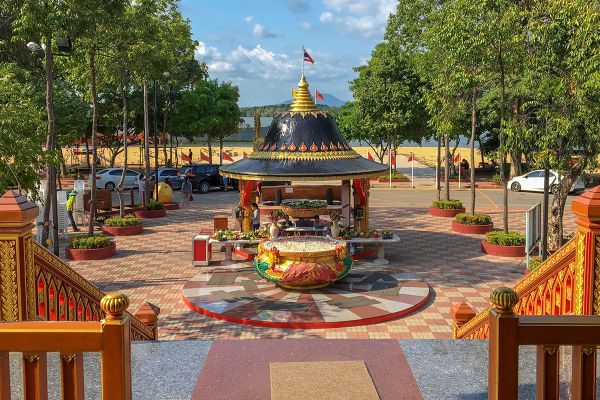 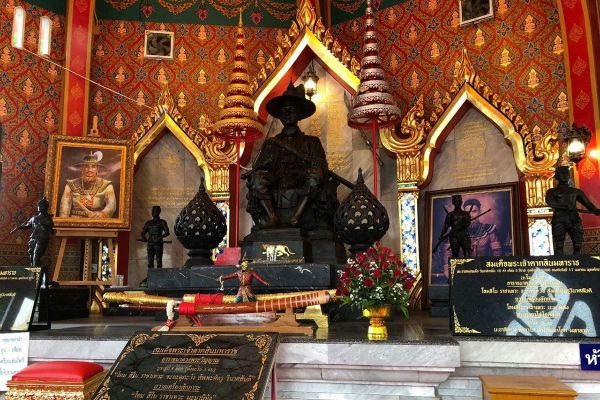 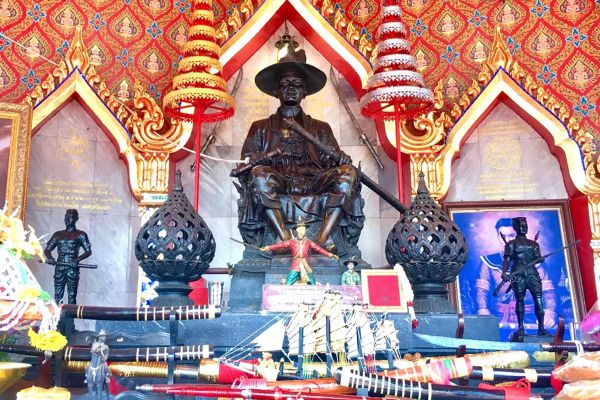 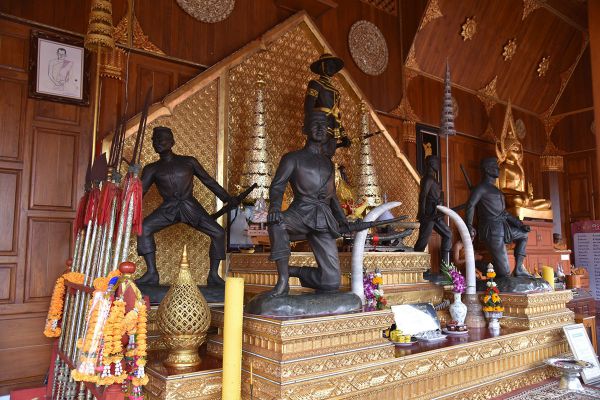 In 1920, when M.C. Saritdet Chayangkul was the intendant of Chanthaburi Province, he had a new shrine built in front of the Marine Camp. It was a rectangular shrine made of concrete and had four gable ends. There were three stairs in the front and on the two sides. The shrine was designed by the Department of Fine Arts. Inside the shrine, the statue of King Taksin’s personal god was housed and there was no statue of the king himself like there is in the present.Later, in 1991, the government officers, the merchants, and the people in Chanthaburi Province had donated their money to build the new King Taksin Shrine adjacent to the old one.

The new shrine is made of marble. It has a nonagon shape with the roof like a hat with sharp top and is adorned with gilded pattern. The height from the floor to the top is 16.9 meters. The top of the shrine is a gold nine-tiered umbrella. Inside the shrine, there is a statue of King Taksin which is casted with blackened brass and is in the position of governing the country. The wall inside is painted elegantly in rice-grain-shaped Thai design.Every year on December 28, which is the day when King Taksin ascended the throne, the shrine arranged a celebration for everyone to make merits, give food offerings to monks, and give contribution to worship the shrine. This is to commemorate King Taksin’s grace since he was able to restore the independence to the kingdom of Thailand. The tourists or those who are interested can visit and pay homage to the shrine every day free of charge. 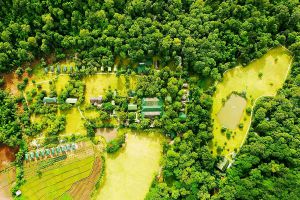 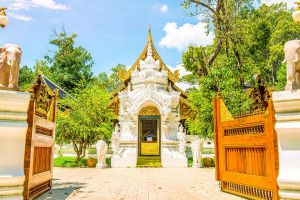