Khao Pu – Khao Ya National Park is the 42nd National Park of Thailand with the area of 433,750 fields located in Si Banphot district in Phatthalung province. The name of the national park was named after the name of the famous mountain within the area. Especially, the name “Khao Pu” where local people believe the spirit of “Ta Pu”, half man half god, is situated. The place is then crowded with people coming by to pay homage to the sacred mountain. 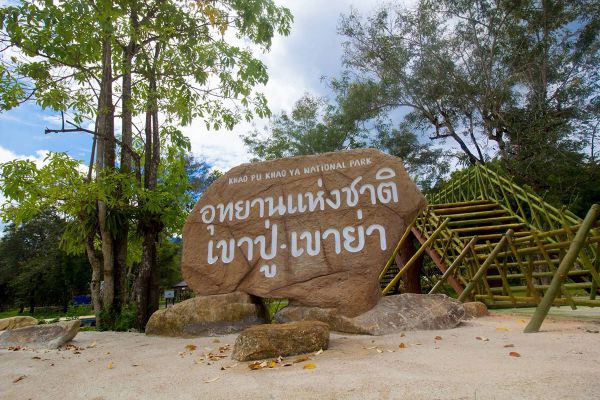 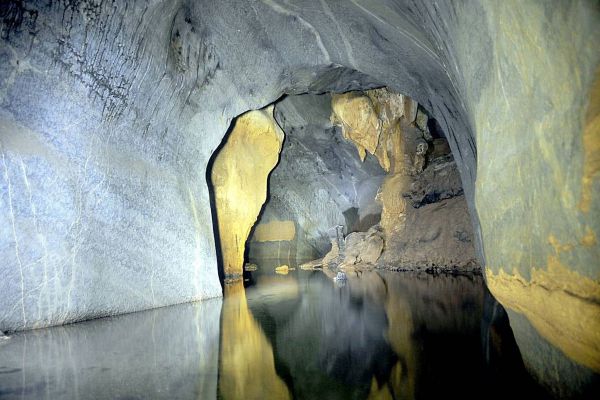 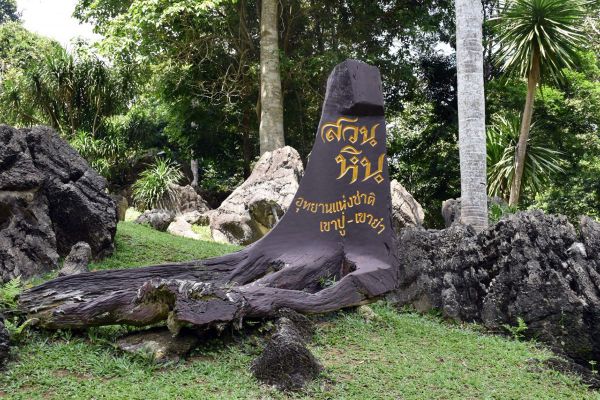 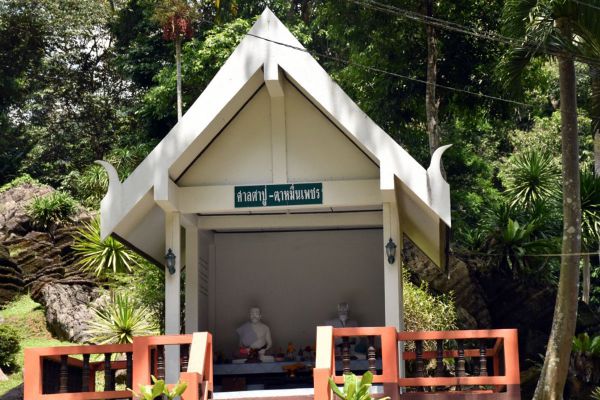 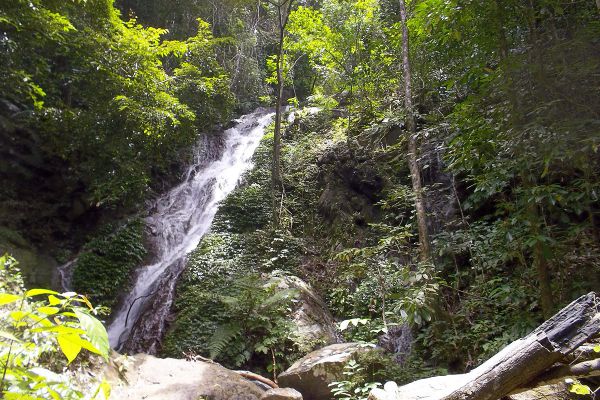 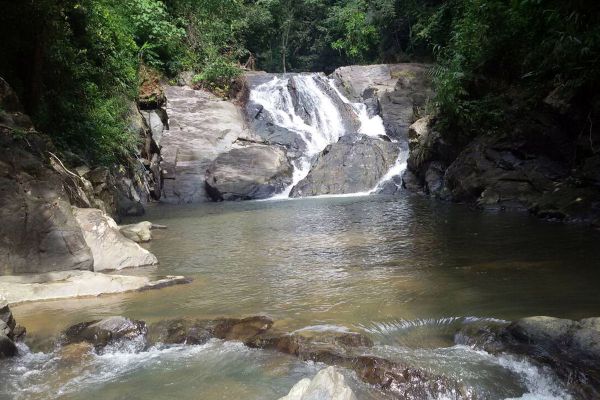 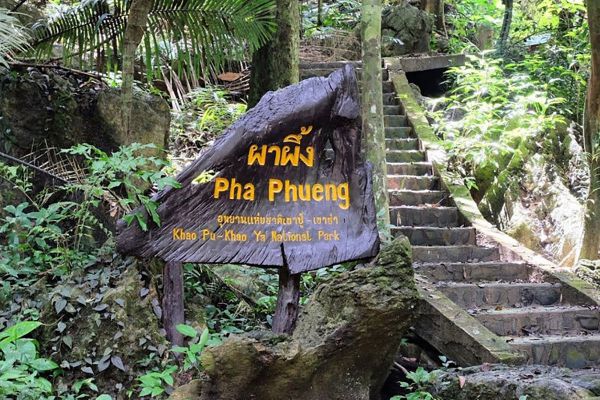 This national park is situated in the area of Bantad Mountain.The park is named by local people the “Bha Brommajan” (Virgin Forest) and is surrounded by steep mountains. Geologically it is a plateau located on the center of the valley where Tarzan accommodations are offered along the river. This is one of the unique characters of the national park.

Inside the national park, there are many interesting touristic spots including
– Pha Phung Viewpoint which is about 300 metres from the park headquarters. The outstanding feature of the cliff is that during February-April of every year, bees will make hives here numbering in the hundreds. When the rainy season comes, the bees will abandon the hives. The observation point gives a good view of the park and its flora.
– Tham Matcha Pla Won is a middle-sized cave situated 2 kilometres away from the park headquarters. Inside the cave, there are 3 halls full of beautiful curtain-like stalactites and stalagmites. A pond of 200 metres is full of fish.

To visit, from Phatthalung city, take the road Asia Kuan Kanun – Khao Pu for 14 kilometres, you will reach the sign pointing to Khao Pu – Khao Ya National Park around Huai Naonaiwang Village. Office Hour: every day from 08.00-16.00. Entrance fee: 100 bath for adults and 50 bath for children.

One of the attractions within the premises of Namtok Si Khit National Park is Si Khit Waterfall. It is situated…

One of the many temples in Udonthani, Wat Phothisomphon can easily be considered as the most spectacular of them all.…