Khao Ok Thalu or Phukhao Ok Thalu, is a mountain in Phatthalung Province, Thailand. It is a karstic formation. This mountain is east of the Phatthalung railway station. It can be accessed from Wat Khuha Sawan via Highway 4047. There is a flight of stairs leading to the mountaintop where there is a Buddhist shrine overlooking the city of Phatthalung. The mountain is named after a hole near the top. 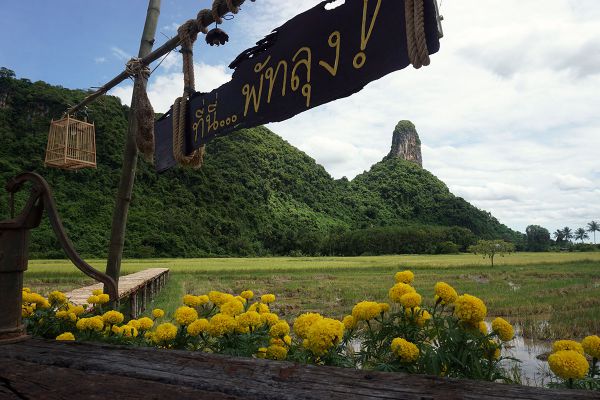 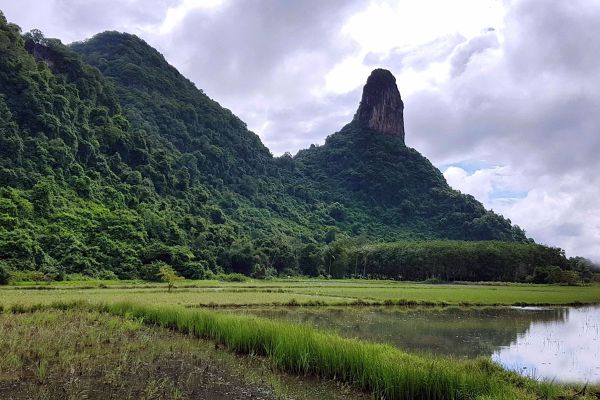 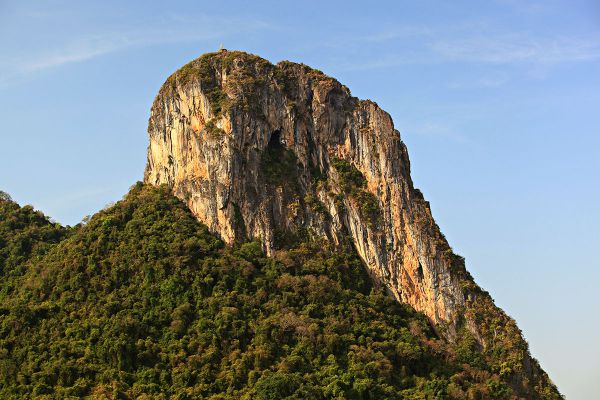 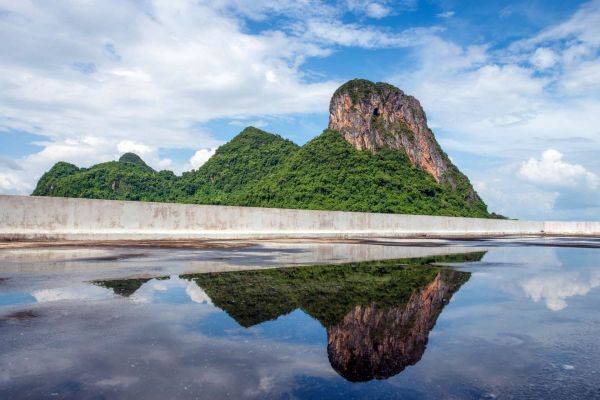 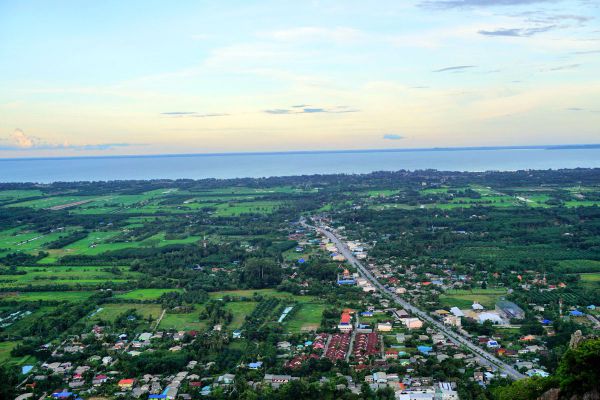 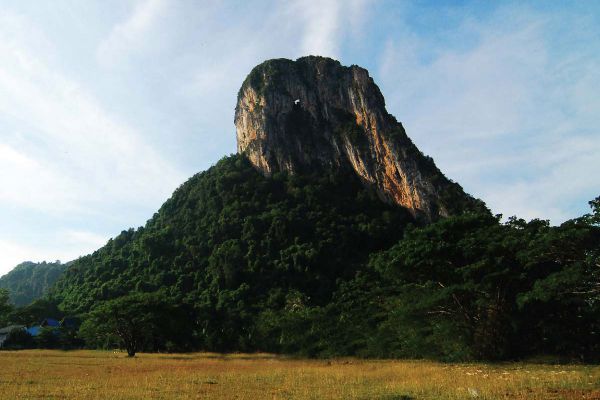 Khao Ok Thalu is an unusually-shaped mountain, clearly visible from afar. It has symbolic significance in Phatthalung and appears in somewhat stylized form on the provincial seal of Phatthalung.

Khao Ok Talu mountain is located less than one kilometer behind Phatthalung railway station. In the city, it is visible from many places. The ascent of this large limestone peak culminating at 250 meters planted in the landscape offers pretty views over the city and the surrounding countryside. By taking the stairs, you will quickly arrive at a junction with the portico of a temple on the left and on the right the steps towards the summit and the famous hole through which many visitors photograph the city.

From Phatthalung train station count around 15 minutes walk to reach the beginning of the stairs going to the top of the mountain or the forestry temple.

Muang Sing Historical Park is architecture design during Late Lopburi era, around 16th-18th century. The city plan is in perfect…

Nui Beach is one of the most beautiful secret beaches in Phuket. This 120-metre strip of sand is located roughly…

This Chinese-style shrine in Pattani town is dedicated to a local Chinese heroine, Chao Mae Lim ko Niao, who is…