Dragon Crest Mountain or Khao Ngon Nak (Thai) is a mountain which is 565 meters tall from the sea level. The path from foothill to hilltop is around 3700 meters. The path was surrounded by the trees and rocks. From the hilltop can see all Aong Nang which has Aong Nang Town , Aong Nang beach , sea , and other nature things. This hilltop is a nice place to watch sunset. At the foothill there is a waterfall that can relax from walked around the mountain. 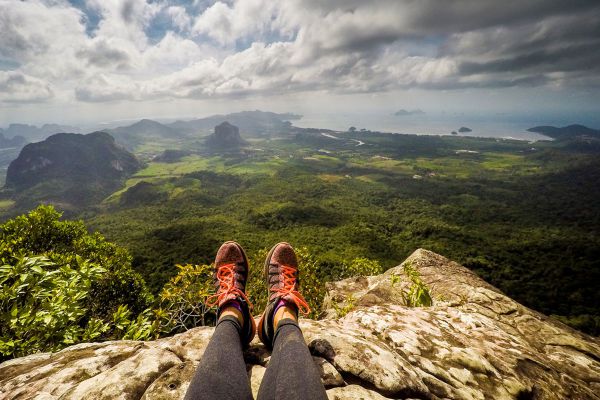 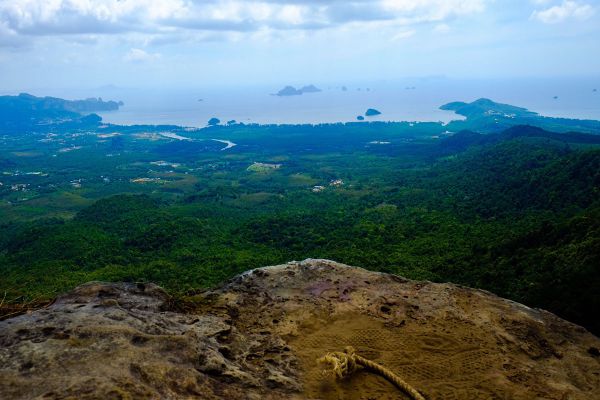 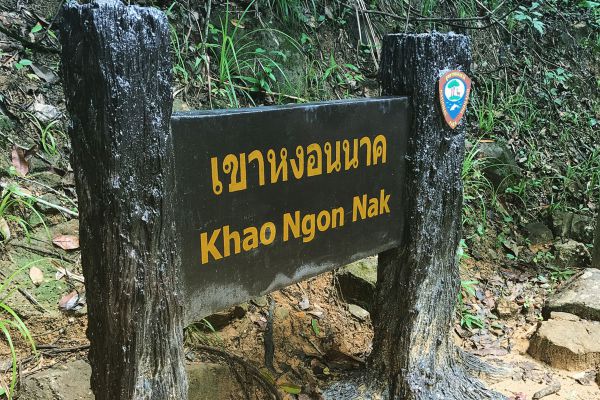 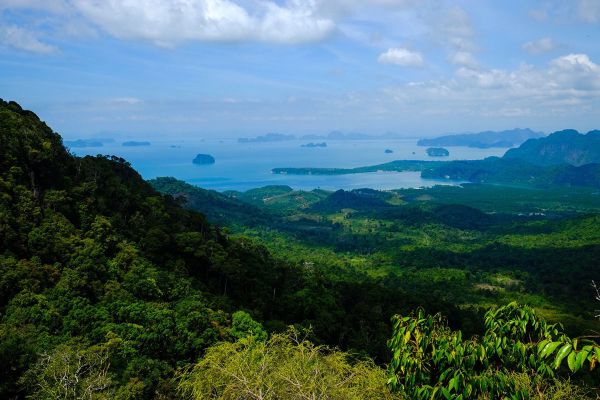 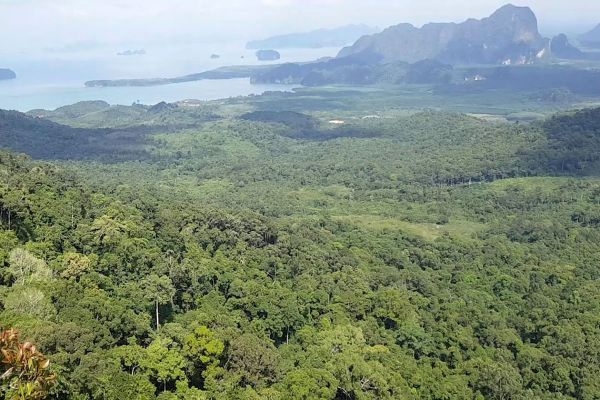 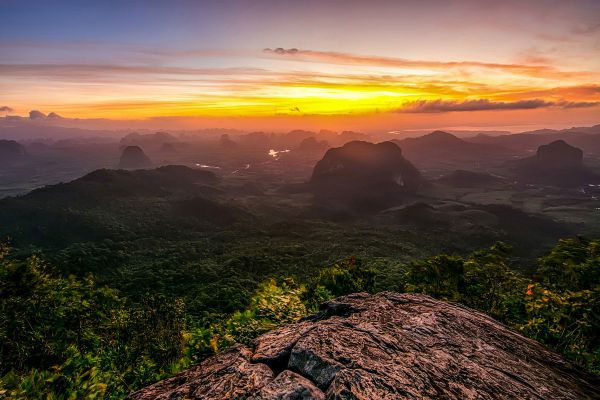 Khao Ngon Nak Viewpoint is a perfect playground for hikers and tropical adventure seekers. Located in Nong Thale, some 30km northwest of Krabi Town, the departure point of the trail is five kilometres behind the Four Seasons Resort in Tubkaak, but not that easy to find, therefore it is recommended to hire a driver or guide to get there for people unfamiliar with south Thailand’s roads and signage (some organized tours are also available at tour desks).

The trail to the summit of the Dragon Crest Mountain (Khao Ngon Nak in Thai) is approximately four kilometres long and allows hikers to feel like Indiana Jones in search of hidden treasure. It takes about two and a half hours to reach the highest viewpoint situated 565m above sea level. The climb is not that difficult but requires being at least in a decent physical condition; along the way, hikers encounter a stream, two viewpoints, a waterfall, and last but not least the panoramic summit.

Phra Prang Sam Yot is located on a mound on the west side of the railway near San Phra Kan.…

Wat Pho, also spelled Wat Po, is a Buddhist temple complex in the Phra Nakhon District, Bangkok, Thailand. It is…

KhlongLan National Park sprawls over mountain ranges to west of the province, covering some 300 square kilometers of land, with…