Kanchana Pisek Grand Pagoda is located on Khao Kho on the right side of the highway number 2196, around 2 kilometers northward from Khao Kho District office. Kanchana Pisek Grand Pagoda is an architecture that combines Sukhothai style, Ayutthaya style, and Rattanakosin style together. There is a Buddha image housed inside the pagoda for people to worship. The top of the pagoda enshrines the Buddha’s relics, which were invited from Sri Lanka. His Majesty the King gave them to people in this area after the end of the battle against the communists in Thailand. 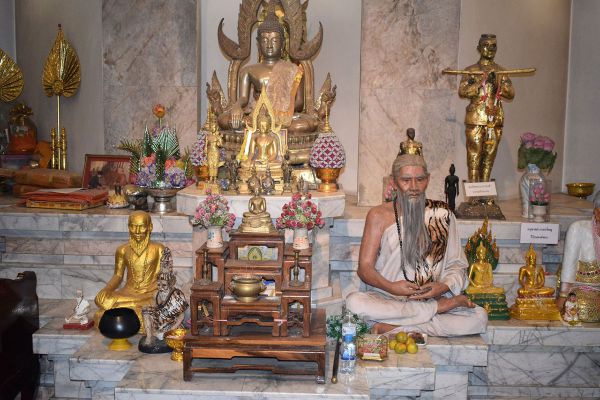 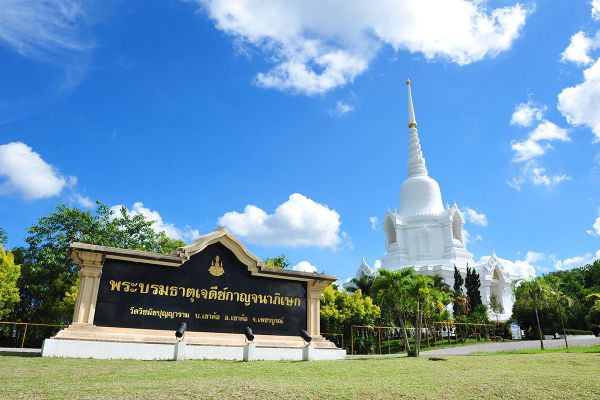 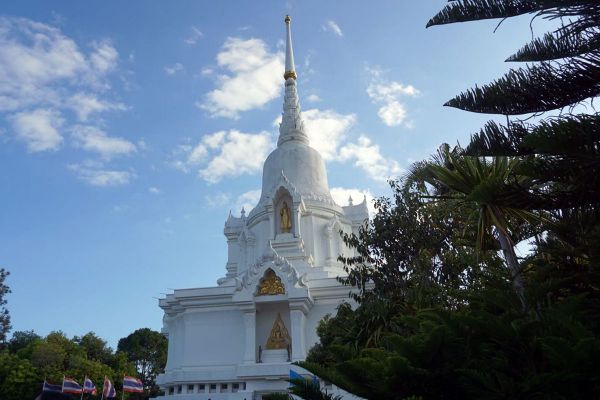 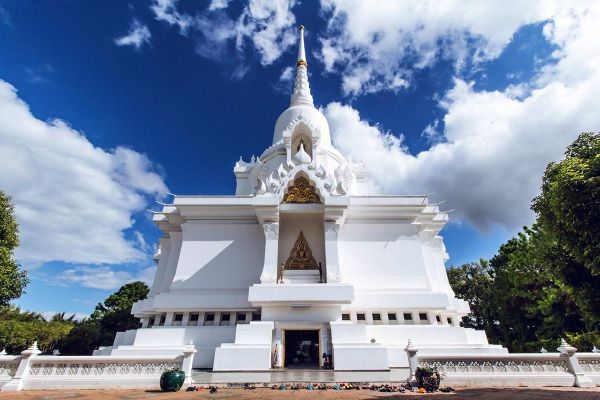 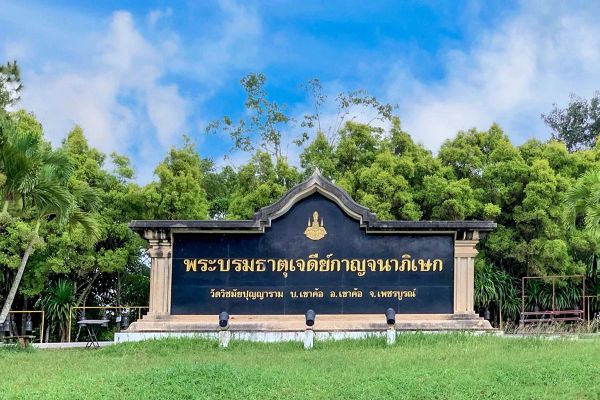 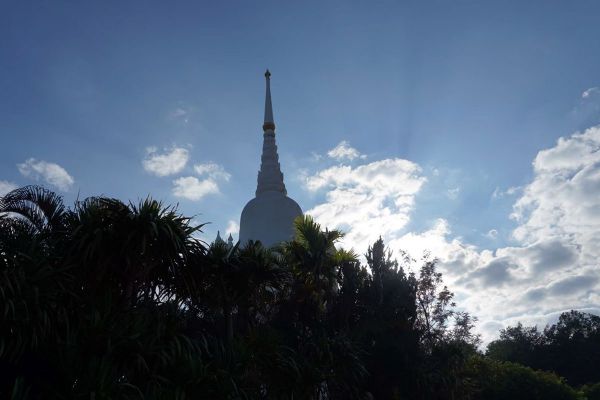 The design concept shows the identity of the art style in northern Buddhist place. The pagoda is the architecture in Sukhothai style and the applied Rattanakosin style. The plan of the lower platform is in the square shape with 12 indented corners, while the upper platform is in the shape of octagon, which had been widely used in Dvaravati period. The pagoda is 69 yards tall, meaning that the king was 69 years old; whereas, the platform of it is 38 yards wide, meaning 2539 B.E.

In December 19, 1986, His Majesty the King and Her Majesty the Queen went to enshrine the Buddha’s relics, as well as the relics of the disciples of the Buddha, into a small stone stupa from the ordination hall in Wat Bowonniwet Vihara. The reason why the king was pleased to invite the Buddha’s relics to Khao Kho was because this area was where the battle between Thai people took place in the past. The battle resulted in a large number of deaths, making all Thai people in great sorrow. When the battle ended, the area became peaceful again. People in the area were encouraged to have their own lands for agriculture. The agricultural occupation was developed. As a result, the living of the people in Khao Kho was gradually increasing and the people could have enough income for their living. The more important thing was that they loved and valued the country even more, after sacrificing it with lives and tears of a great deal of soldiers and Thai people.

The area at the upper platform and the lower platform of the pagoda is fixed and lifted. The use of alcoves is brought to decorate four sides of the pagoda. According to the evidence, the decoration with alcoves has been used since Dvaravati period. There are four alcoves at the lower platform, each of which houses four Buddha images in four directions. The upper part of the octagon platform also has large alcoves, alternating with small ones. There are the Buddha images housed in four directions inside the large alcoves.

Situated among magnificent scenery southwest of Wat Mahathat is Wat Si Sawai. Three prangs (pagodas) are surrounded by a laterite…