Kampung Laut Mosque is the oldest surviving mosque in Malaysia dating to early 18th century. It is located in Tumpat, Kelantan. Masjid Kampung Laut was built in the 1400s by a group of fishers consisting Pattani, Jawa and Brunei sea routers. It was build with a with architectural styles that reflect most of the characteristics of traditional local architecture, and suitable to local climate, just like the local houses around the area. The original mosque had a basic architectural styles, structure with four pillars and had palm fronds for the roof. 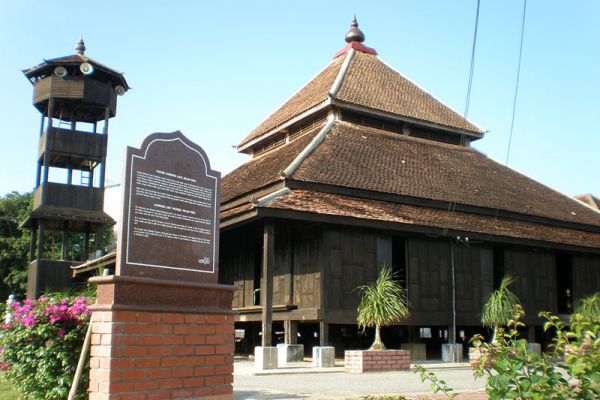 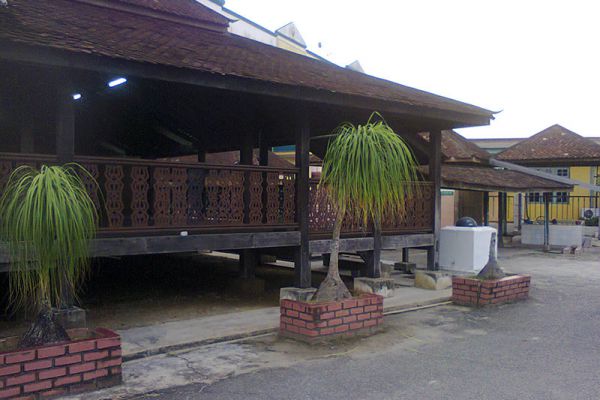 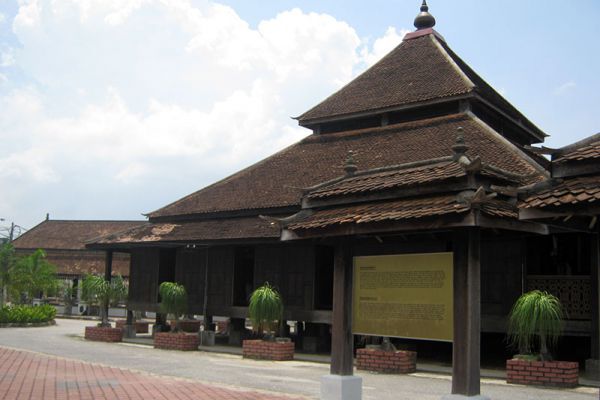 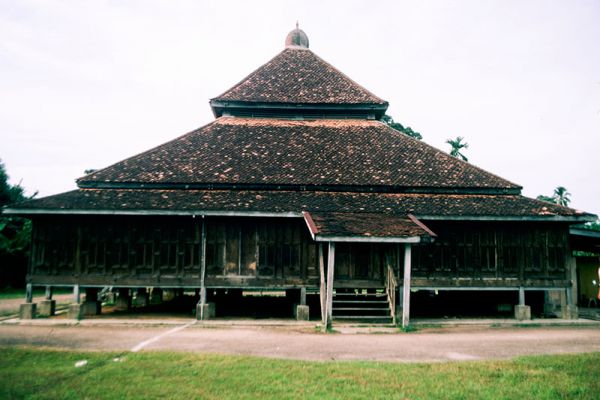 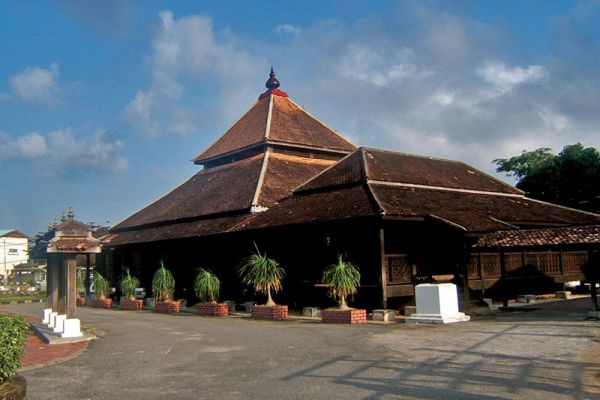 By virtue of architectural resemblance, it is said that the mosque was the original Masjid Agung Demak that was built in 1401. The mosque was relocated from its original site to Kampung Laut (hence the name). However, there was no strong evidence to support this.

During the reign of the Sultan of Kelantan between 1859 and 1900, The mosque became an important meeting point for the Sultans and religious leaders. The mosque was also used as a trading post. During this period, the mosque was expanded and upgraded with 20 pillars, a three-tiered roof, a tower (for muezzin to call for prayers), an attic, and a water tank while the flooring was made of well quality Timber.

The mosque was handed over to the Kelantan Government under Menteri Besar Datuk Asri Muda‘s administration in May 1970.

Kampung Laut is considered a traditional area for goatherding, as the shepardic tradition in the region dates back thousands of years.