Haad Than Sadet is located on Koh Phangan east coast, at the foot of the Than Sadet Waterfall. It is a relatively small bay surrounded by high hills and cliffs. The water here is deep, which on the one hand allows swimming all year round, on the other hand, but can be dangerous for children, as the seabed really drops very steeply in front. Especially in the rainy season, as on all beaches of the east coast, there can be high waves and strong currents. 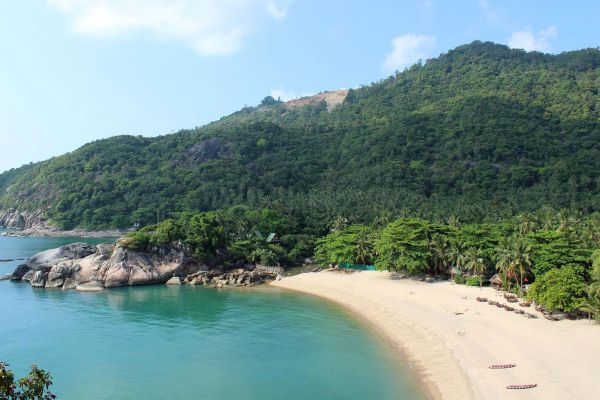 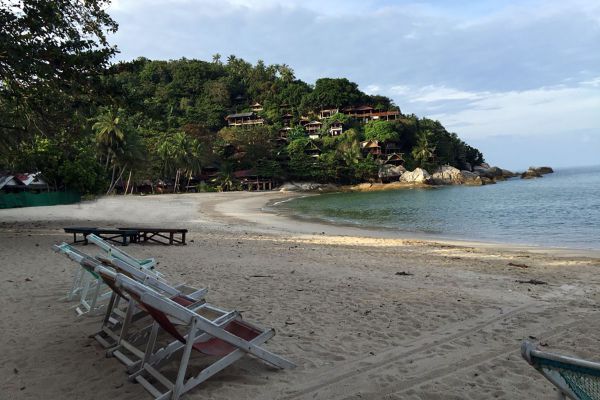 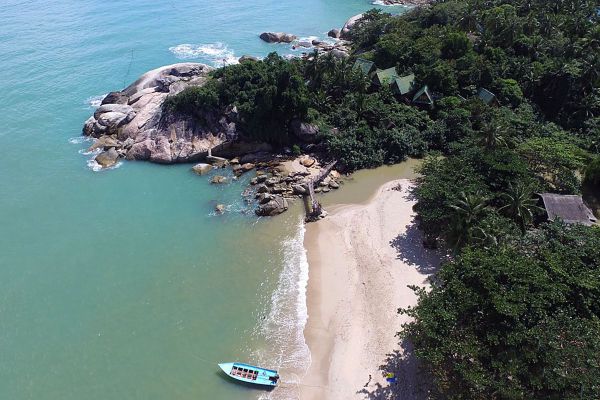 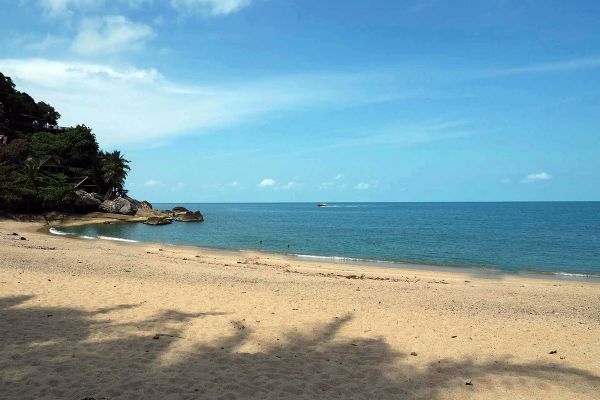 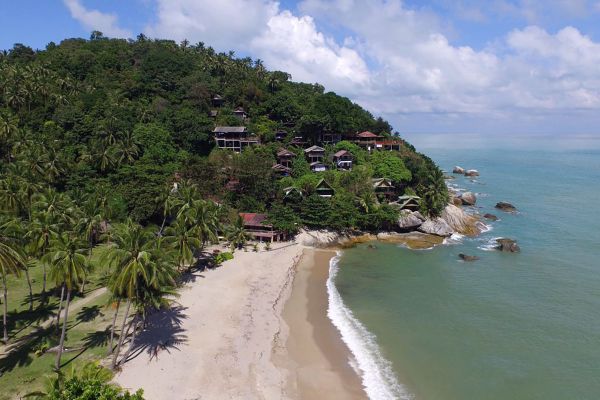 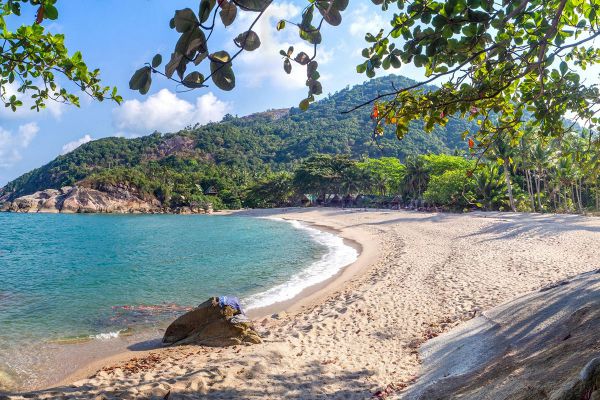 Than Sadet was first visited 1888 by King Churalongkorn (Rama V), who visited the waterfalls and bathed in them. Rama V visited Than Sadet more than ten times. Other kings of Thailand also came to this place, which translates roughly as “river visited by kings”. Visible evidence of these visits are the royal inscriptions on several rocks. Rama V is immortalized above the waterfall on the road to Haad Sadet with a statue.

Than Sadet is due to its historical importance, as well as the impressive flora and fauna protected national park area, For example, where the river flows into the sea, quite large monitor lizards (monitor lizards) can often be observed. As the resorts go seamlessly into the jungle, monkeys often come down to the beach, and even Phangan’s colorful birdlife shows off its most magnificent side. Thansadet is ideal if you are looking for relaxation and tranquility, and the sea and nature are enough entertainment for you. 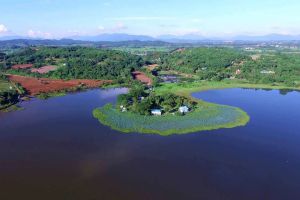 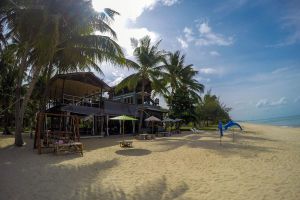