Haad Rin Nok is one of the most beautiful and idyllic beaches on Koh Pha Ngan, it’s broad shoreline gently curves to form a perfect cove flanked by smooth volcanic peninsulas with the sun rising right in the middle of the bay. The beach is over one kilometre in length and was one of the first visited by travellers escaping Koh Samui over 20 years ago. The Full Moon Party is on Haad Rin Nok, and the southern half of the beach is mainly populated by nightclubs and restaurants whilst the northern end is mostly taken up by bungalow operations. 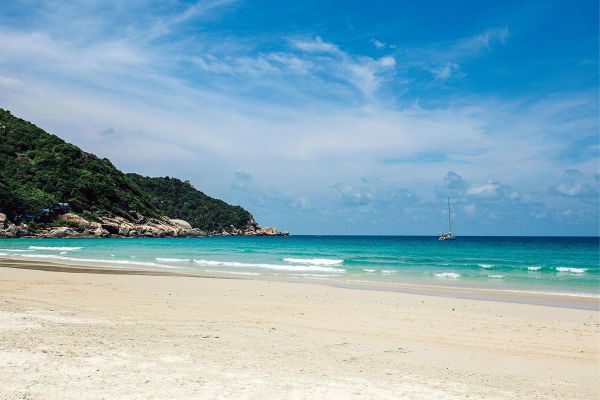 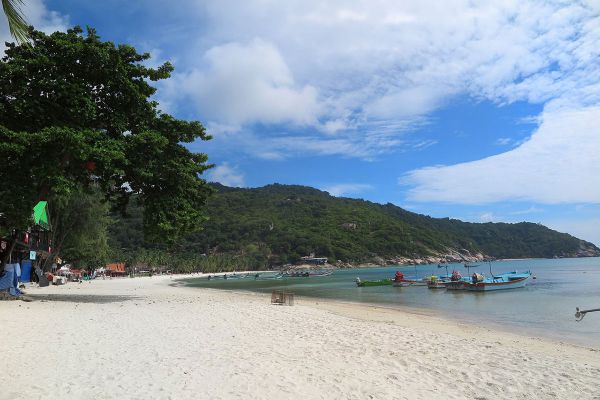 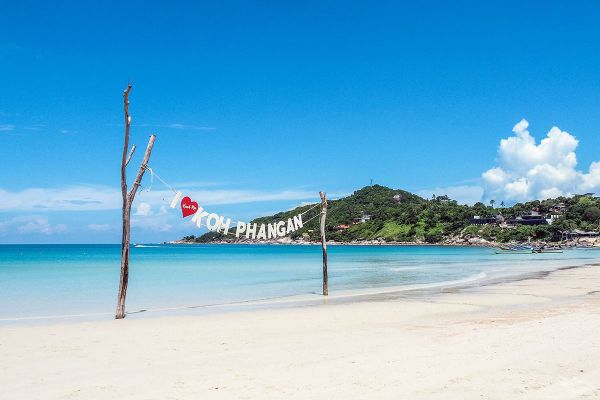 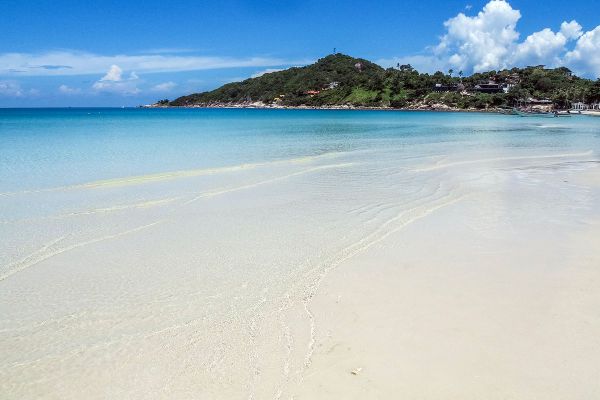 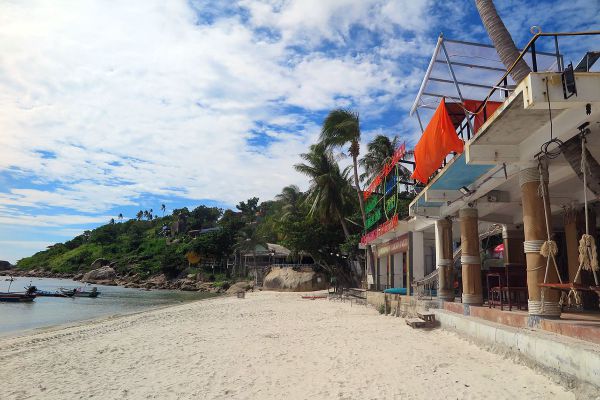 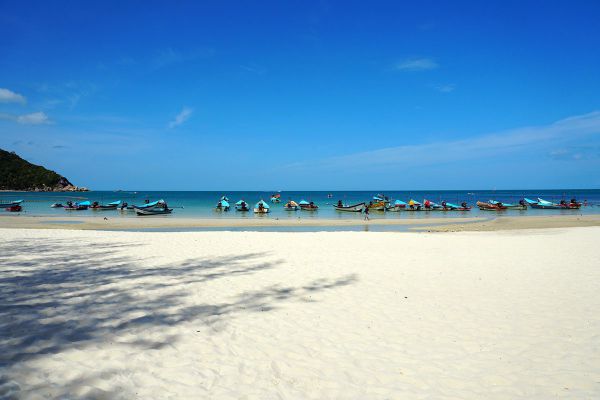 During the day the beach is full of sun-worshippers, soaking up rays and getting ready for the night ahead. Haad Rin really comes alive at night and easily has the biggest concentration of clubs in the Gulf, with a wide spectrum of dance music played at different venues and beachside drinking and dining on mats on the sand.

The sea-shelf drops off fairly sharply at Haad Rin Nok and it is possible to swim in virtually any tide, however there is no major living coral reef except for the one at Had Kontee so snorkeling is a bit dull. The waves can get pretty big in the bay, but are too dangerous to surf as they break on the rocks at either side of the beach. 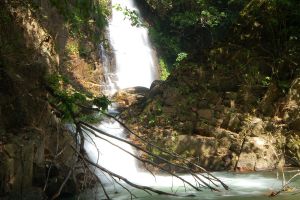 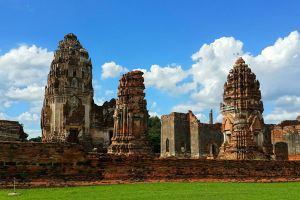