The Grand Palace adjoins Wat Phra Kaew in a common compound, and is where you will end up after exiting Wat Phra Kaew. Despite the proximity of the two, there’s a distinct contrast in style between the very Thai Wat Phra Kaew and the more European inspired designs of the Grand Palace (the roof being the exception). The Grand Palace is nowadays used only for occasional ceremonial purposes and is no longer the royal residence. The present King Bhumibol (Rama IX) lives in Chitralada Palace (also closed to tourists), which is located not too far away in Bangkok’s Dusit district. Though the interior of most of the buildings remain closed to the public Highlights of it are: 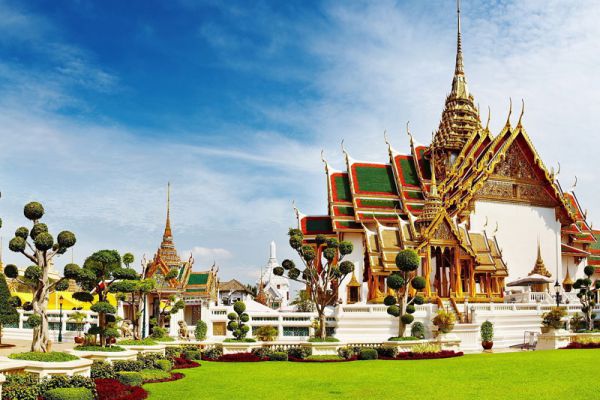 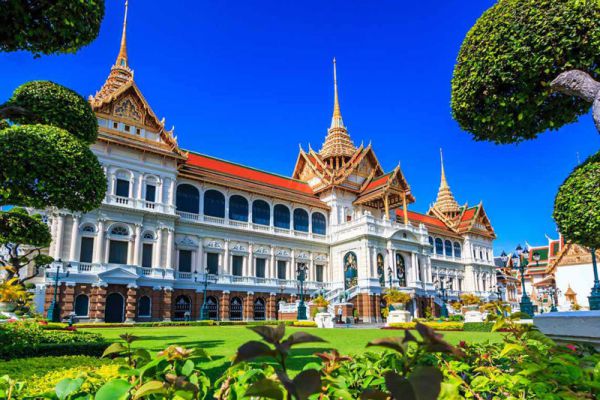 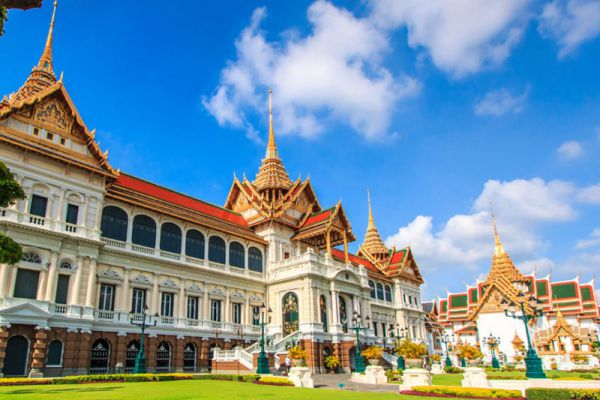 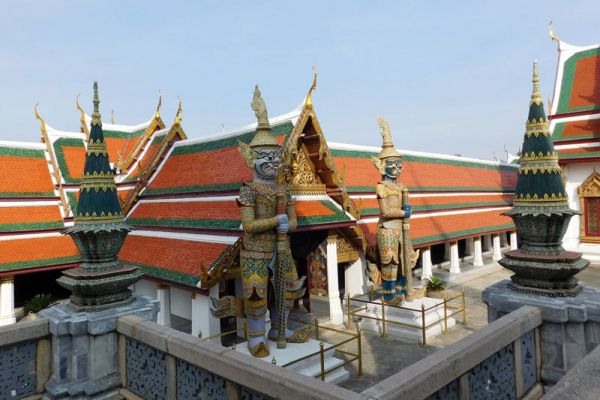 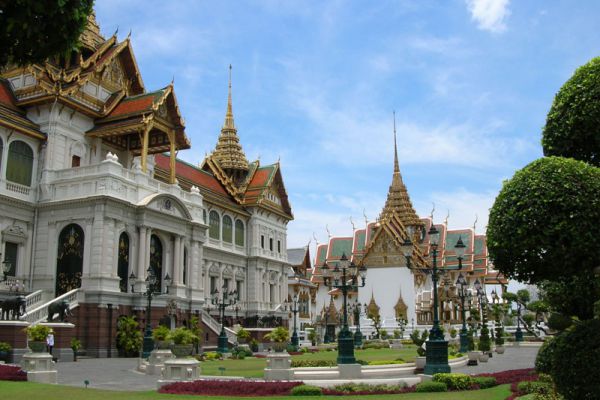 – Boromabiman Hall, built by King Rama VI and every king since has lived here at some time. – Amarinda Hall, the original residence of King Rama I and the Hall of Justice. Nowadays it’s impressive interior is used for ceremonial occasions and coronations. It contains the antique throne, used before the Western style one presently in use.

– Grand Palace Hall / Chakri Maha Prasat. Visitors are allowed inside the spacious European style reception room. This building has not been used for royal residence since the mysterious death of King Rama VIII (the older brother of the current King), found shot dead in his room in 1946. The reverence for the monarchy in Thailand means that, even today, this remains a completely taboo subject to talk publicly about in Thailand.

– The impressive Dusit Hall, rated as perhaps the finest architectural building in this style.

– The Museum, which has information on the restoration of the Grand Palace, scale models of the Wat and Palace and numerous Buddha images. Labels are in Thai only, but there are free English tours available frequently.

Krabi is home to more than 100 unique tropical islands and Koh Rok is one certainly worth visiting. Many people…

Wat Phothisatto Chaomae Kuan Im (Guan Yin Temple) is a Chinese-style temple that had recently been renovated. It is located…