Giant Swing (Sao Chingcha) area has been the centre of Bangkok since Rattanakosin period to present. The Giant Swing or Sao Chingcha was constructed in the reign of Rama I after he had decided to extend the city from the west or Thonburi since King Taksin’s time to the east. There was also a canal excavation surrounded the city. King Rama I then chose the centre of the city and made it the place for shrines, temples for Bramanism and the Giant Swing. 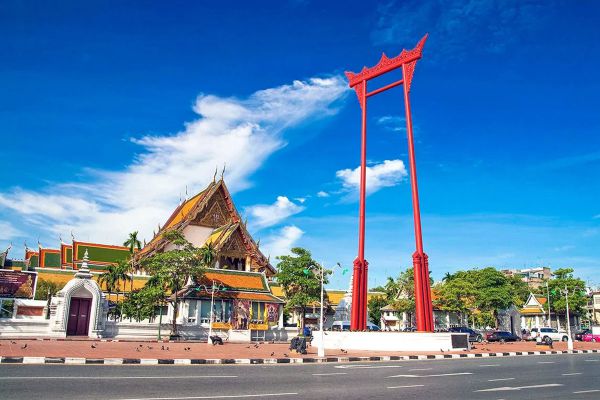 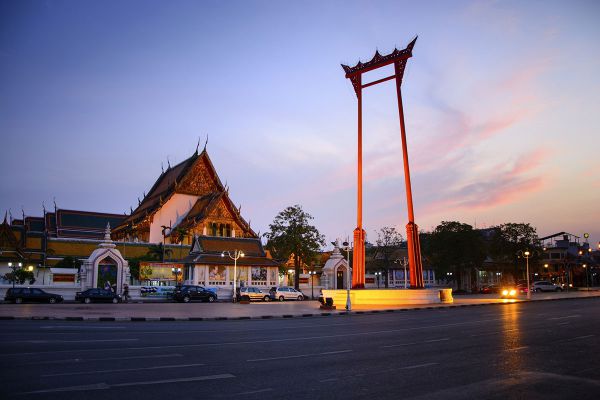 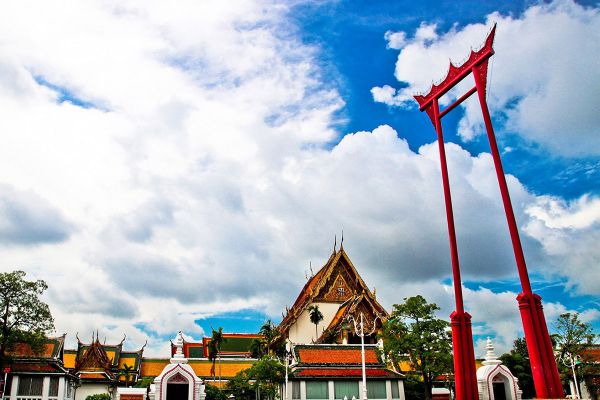 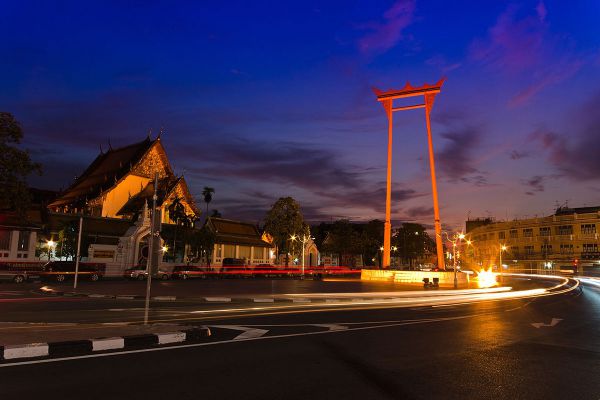 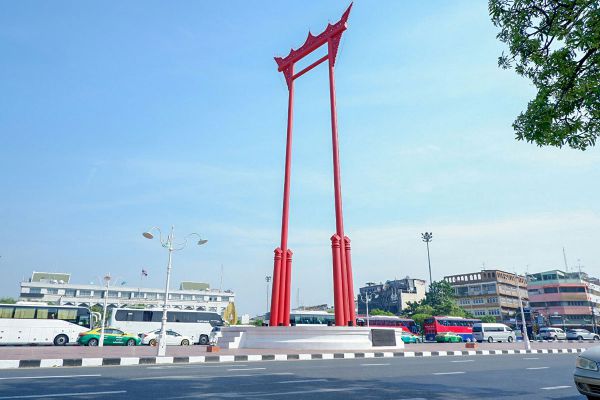 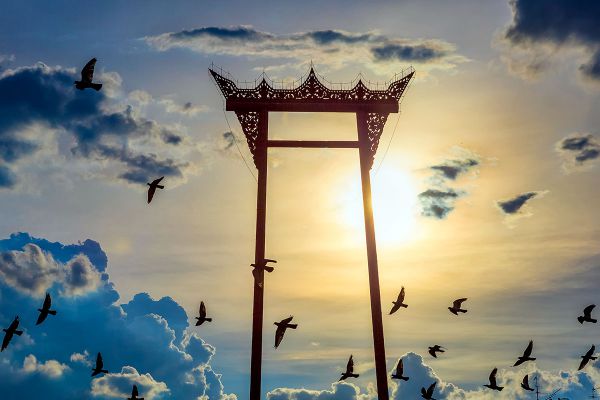 “Sao Chingcha” or the Giant Swing has become an outstanding symbol of Bangkok until now. It is two towering red pillars standing on a huge stone at the height of 21.15 metres. The lotus-flower-shaped pedestal is white exposed aggregate concrete. On the arch of the pedestal, placed an inscribed stone telling a history of Sao Chingcha. A pair of central pillars and two pairs of stilts with capital were all made of round lathed teak tree trunks. The frame connecting both capitals were carved beautifully. They were all painted in red. It is one of the architecture built for the Swing Ceremony or Ceremony of Tri-yampawai from an ancient Hindu epic.

The Giant Swing seen today is the new one which was rebuilt during 11th-13th September 2007. The new pillars were made of golden teak tree trunks from Prae. The Giant Swing has become one of the most historically important tourist attraction in Bangkok well known among Thais and foreigners. The architectures in the area near the Giant Swing including Phra Nakorn area still remains in the style of early Rattanakosin period.

Emerald Cave is a cave located on the west coast of Muk Island, which is in the Kantang District of…