The Erawan National Park was designated in June 1975 as Thailand’s 12th national park. It covers an area of 550 km² of high mountains and valleys. The eastern mountains rise to nearly 1,000 meters with shear limestone cliffs. These mountains protect the area from the eastern monsoon resulting in a low average rainfall. In summer the weather is sweltering, but it is cool between November and February. The main feature of the park is the stunning 7 tired Erawan waterfall. 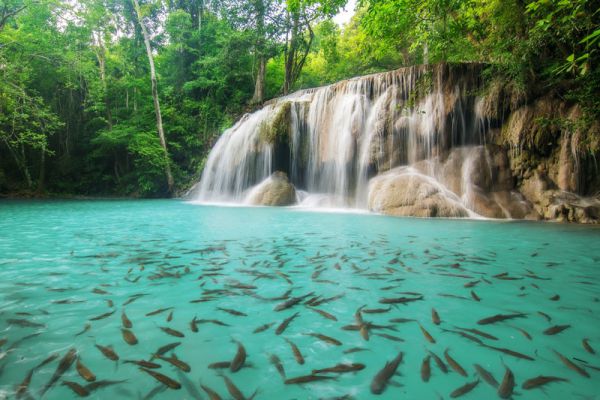 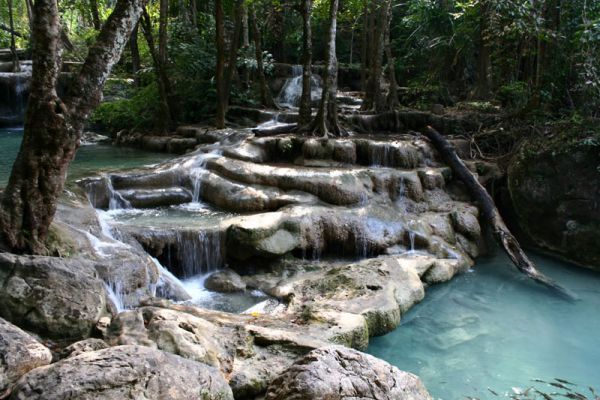 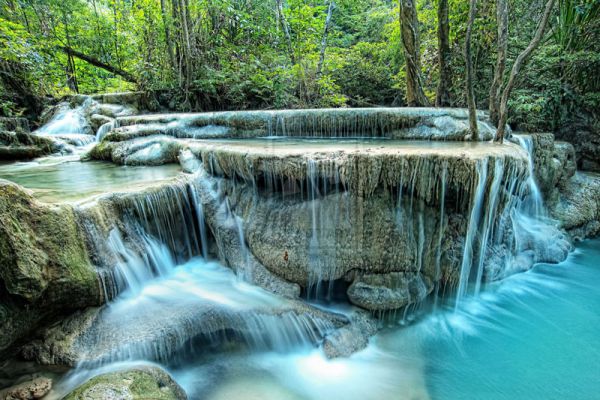 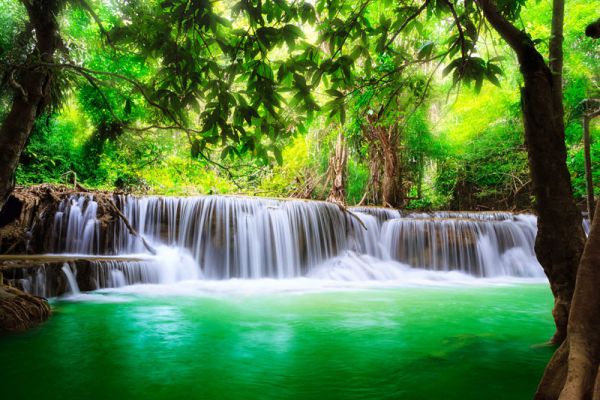 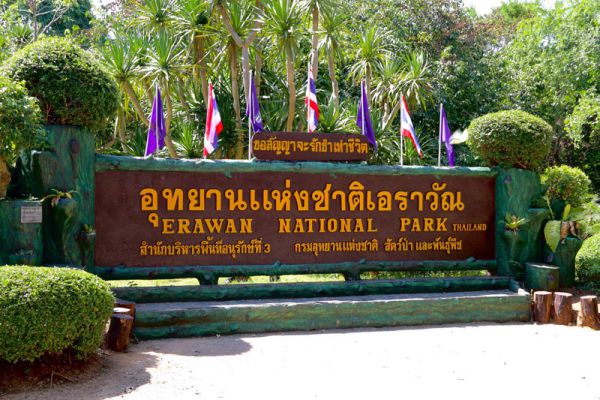 Deciduous forest covers about 80 % of the park with Pterocorpus macrocarpus, Hopea odorata, Afzelia xylocarpa and Spondias pinnata being some of the dominant tree species. There are also dipterocarp, dry evergreen and bamboo forest. Wildlife surveys of mammals, reptiles, birds and amphibians have been carried out. If you are lucky you may catch a glimpse of elephants, gibbons, Siamese hare, flying squirrels, eagles, white-eyes, king cobras or pythons. Fish, crabs and insect are abundant in many steams.

The main attraction is the beautiful 7-tired Erawan Waterfall with its emerald green water and the beautiful falls. Also worth to see is the Pra That Cave with its strange shaped stalactites and stalagmites.

Kiew Lom Dam is situated in Tambon Ban Laeng in the area of Tham Pha Thai National Park. The upper…

Wat Pho, also spelled Wat Po, is a Buddhist temple complex in the Phra Nakhon District, Bangkok, Thailand. It is…