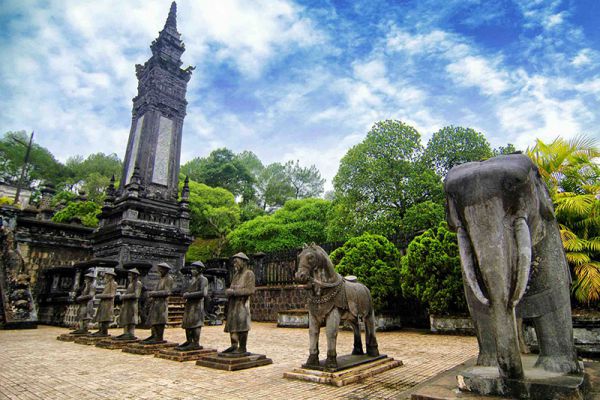 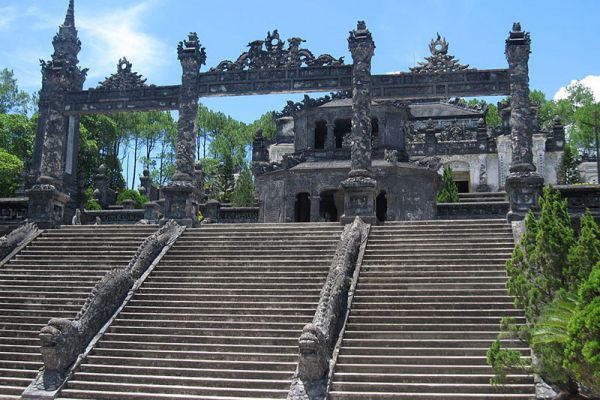 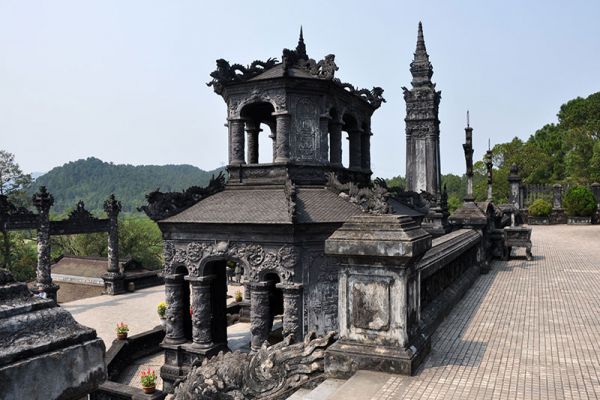 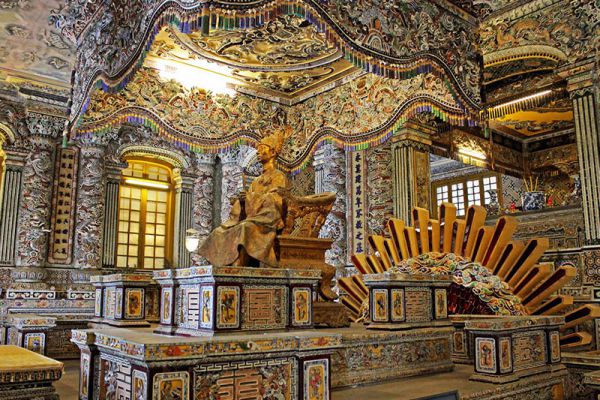 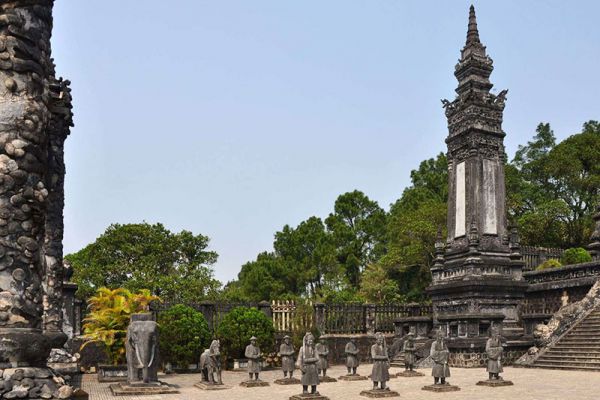 Completing the tomb took 11 years from 1920 to 1931. During that time, the Emperor increased the taxes by 30 percent to fund the mausoleum, which drove his unpopularity with the Vietnamese people to a peak.

The building as a whole reflects the Asian philosophy, including the traditional five elements to create a balance. The tomb is an emerging rectangular structure with 127 steps leaning against the mountain. The first 37 steps lead to the entrance gate of wrought iron. 29 more steps lead the the audience court with the steel made of reinforced concrete. 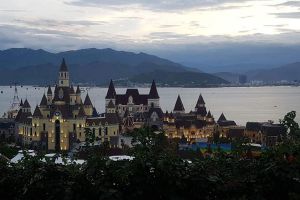 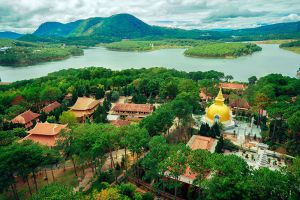