Doi Nang Non is located in Mae Chan Sub-district, Mae Chan District, Chiang Rai Province. This is one of the famous tourist sites in Chiang Rai. Daen Lao Range is running from the north to the south, which people know that it is the boundary of Shan State, Myanmar and Chiang Rai, Thailand at the north. The upper part of the range is called Doi Nang Non, where Phrathat Doi Tung, the important scared place of this region, is situated. Further, it is the residence of Srinagarindra. The highest peak of Doi Nang Non is Pha Chang Moob, which is 830 meters above sea level. 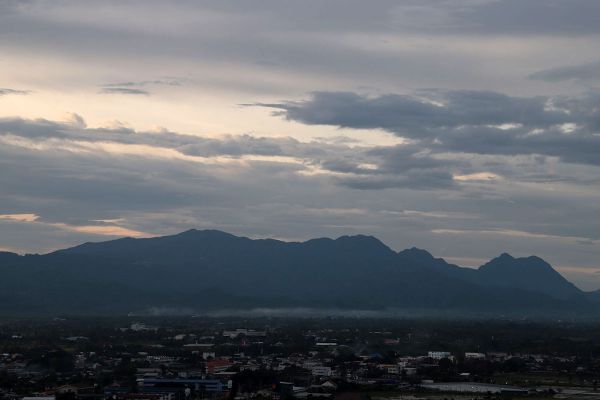 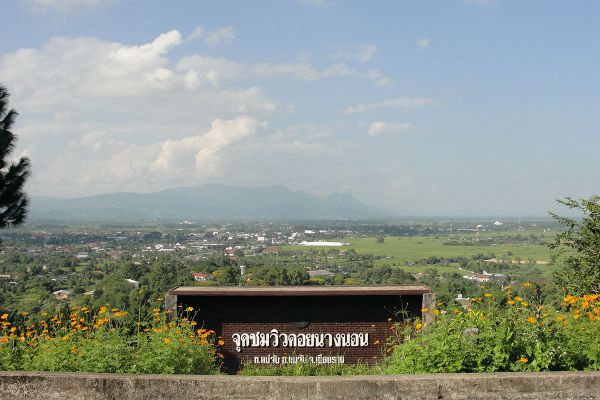 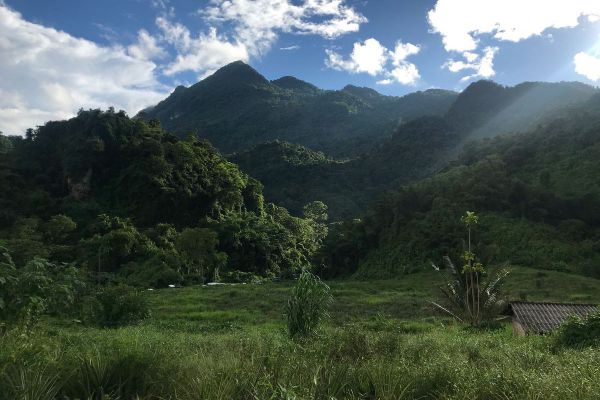 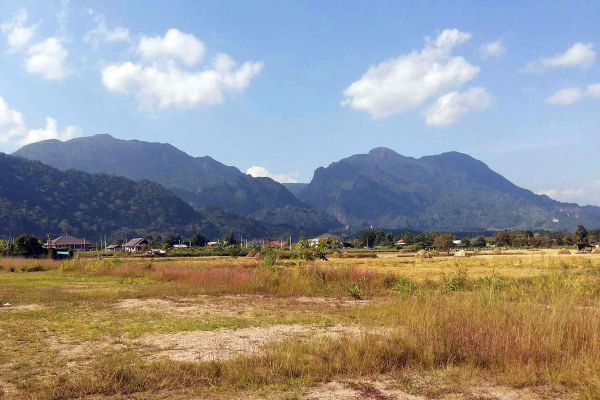 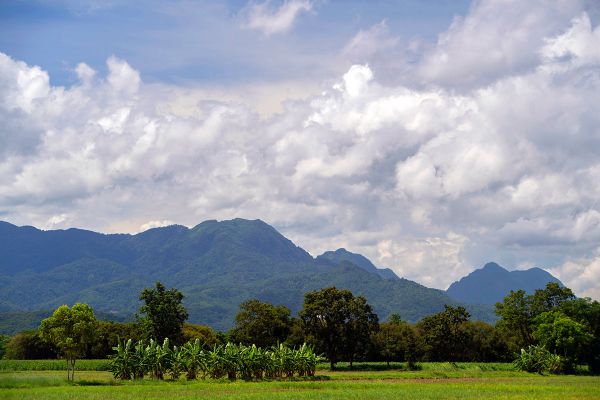 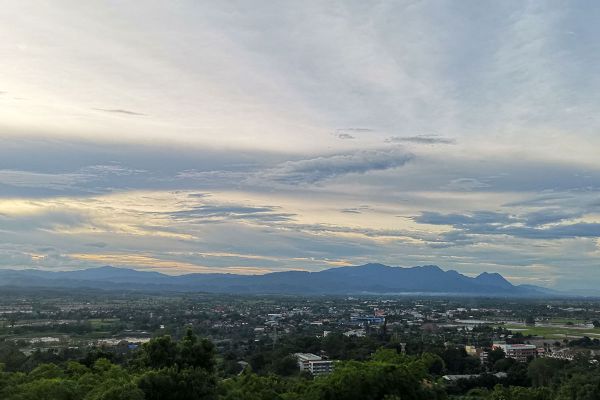 It has been told that there was a charming princess of, Jinghong, Xishuangbanna, who was in love with a horse keeper. They ran away together to the lowland near the Khong River. At that time, the princess was pregnant and could not travel. She stayed there to wait for her husband who went out to search for food. However, he never returned and she heard that he was killed by her father’s soldiers who followed them. Therefore, she stabbed her head with a hairpin and her blood drained out and became the river. Her body laying from the north to the south became Doi Nang Non, which the belly part is Doi Tung.

This is very obvious when driving to Mae Chan District as the range is laying like the laying woman, which is Doi Nang Non, the former name is Doi Tai Sa or Doi Sam Sao, relating to Lao Jok legend. The head part is called Doi Jong or Doi Jik Jong (former Doi Tha or Doi Ta), which is the mountain of the grandson of Pu Chao Lao Jok who was waiting for his father. The next mountain is Doi Ya Thao, which was the wife of Pu Chao Lao Jok. Another one is Doi Din Daeng or Doi Pu Chao Lao Jok, which is known as Doi Tung. It is believed that these three mountains were the habitat of Phraya Mangrai, the origin of Mangrai family before moving to establish Kingdom of Ngoenyang. Doi Tung, which is the first Phratat of the northern region, is located above Doi Din Daeng.

Wat Phu Noi is a monastery and is located in Lopburi, Thailand. The estimate terrain elevation above seal level is…

Wat Khao Tham Thiam is located at the foot of Tham Thiam Hill, 200 meters at his highest point. From…

Sangwan is a small beach on the west coast of Koh Lan near Tawaen Beach, separated from it by a…