Located in Chiang Mai Province, Doi Inthanon National Park encompasses the highest mountain In Thailand, Doi Inthanon, as well as several lesser summits. The doi (mountain) is largely a granite batholith intruding a southerly extension of the Shan Hills range and forming the divide between the Nam Mae Ping river to the east and the Nam Mae Chaem river to the west. Lower elevations in the most easterly pant of the park are limestone formations and contain a number of caves. 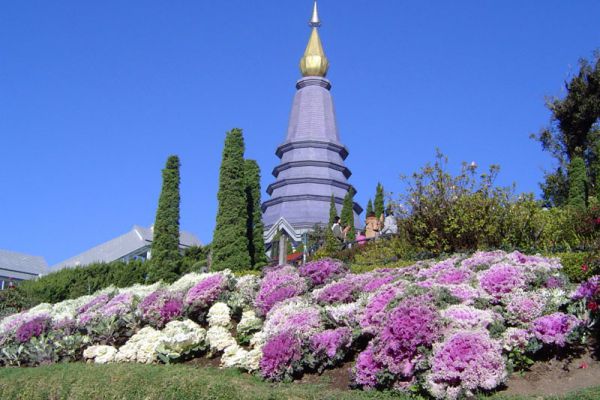 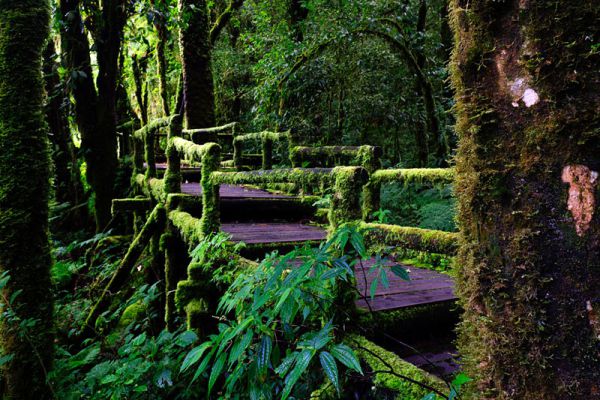 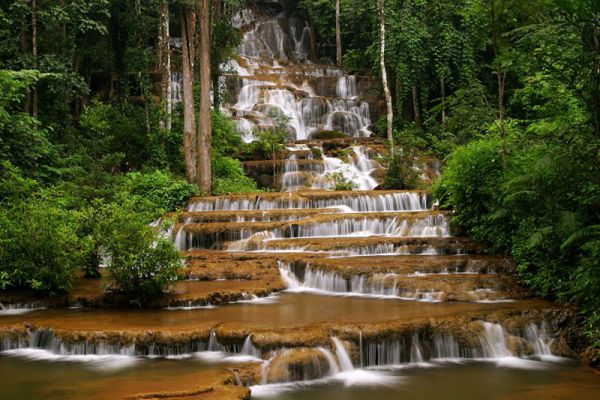 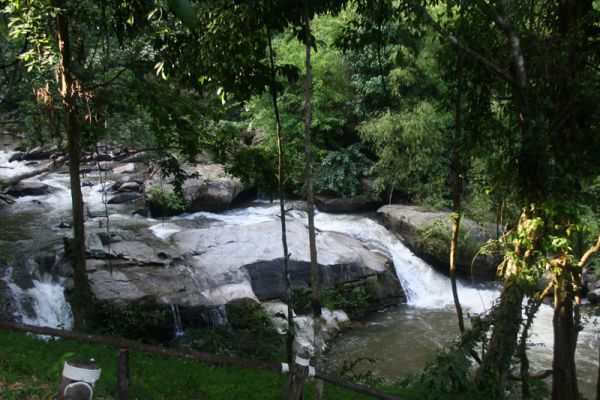 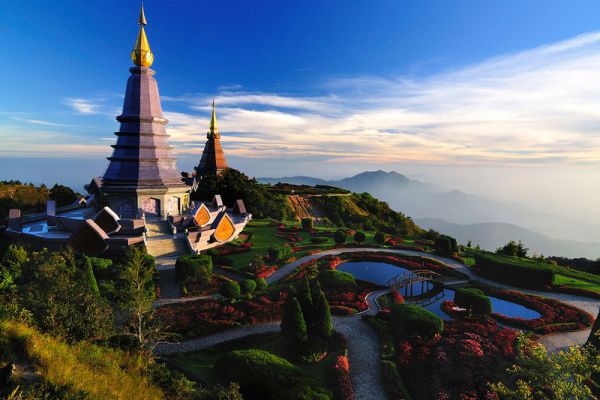 Formerly known as Doi Angka, the mountain now bears (since 1899) a shortened version of the name of Chiang Mai’s last sovereign, King Inthawichayanon. During his reign, he had, with great foresight, expressed his concern for the forests of the northern hill country as the watershed for all of central Thailand.

The modern study of rain forest hydrology has borne out his early convictions and given substance to Thai folklore which describes this hill region as the home of the Phiphannam, the ‘spirit who shares water’. Before the King died near the turn of this century, he commanded that his remains be placed at the top of this mountain: his ashes at the summit stupa are visited by thousands of people each year.

Wat Phu Tok is arguably the best tourist attraction in Bueng Kan Province to the north east of Udon Thani,…