Suphan Buri City Pillar Shrine, previously known as “City’s Guardian Shrine” is a sacred placed worshiped by people in Suphan Buri since ancient time. The shrine is located in the old city area of Suphan Buri on Malai Maen Road, Tambon Rua Yai, Amphoe Mueang. It is on the west of Suphan Buri River (also known as Tha Chin River). 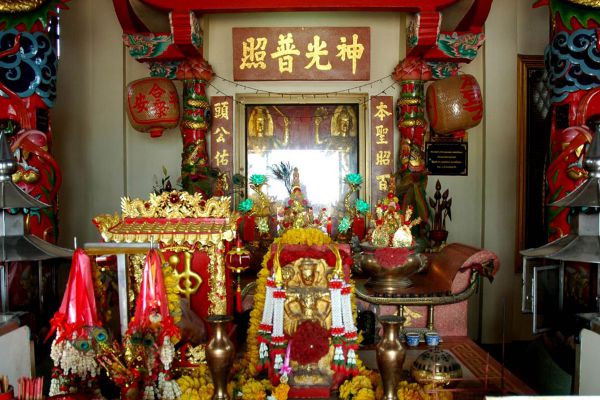 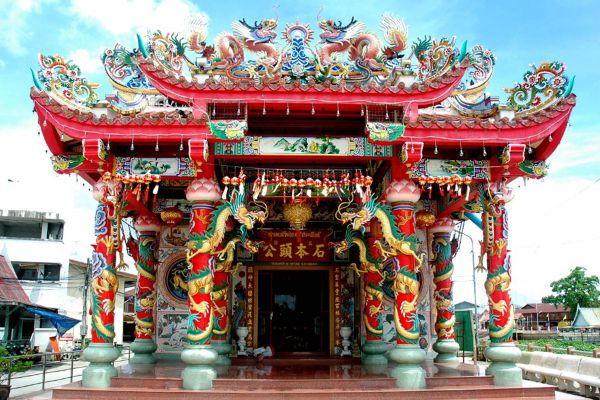 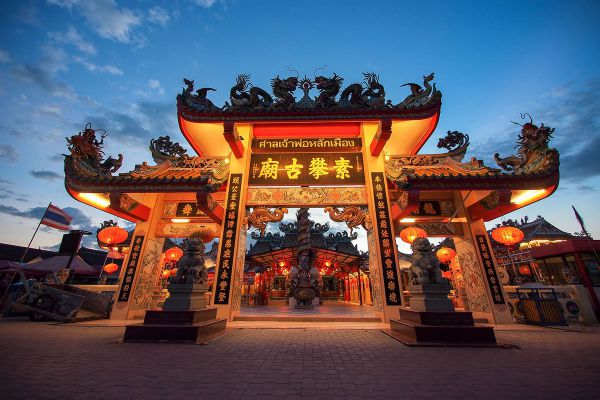 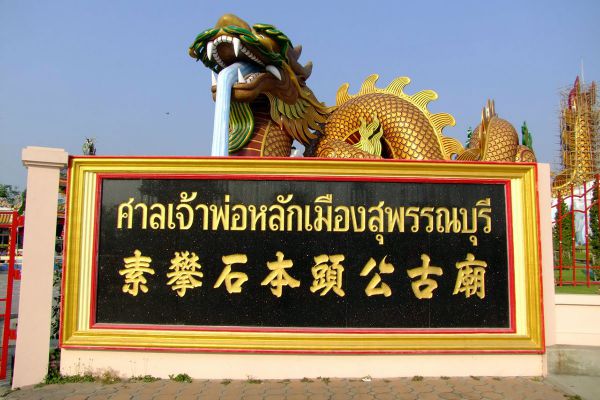 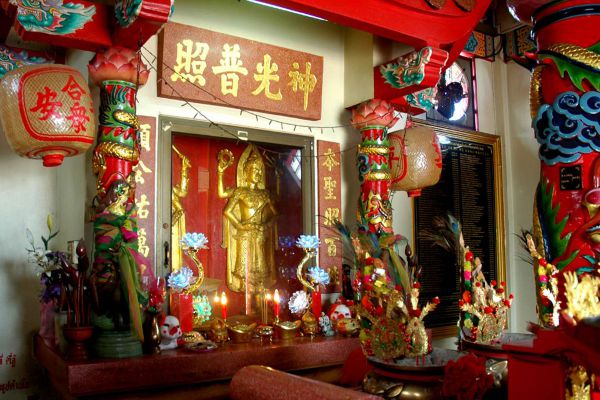 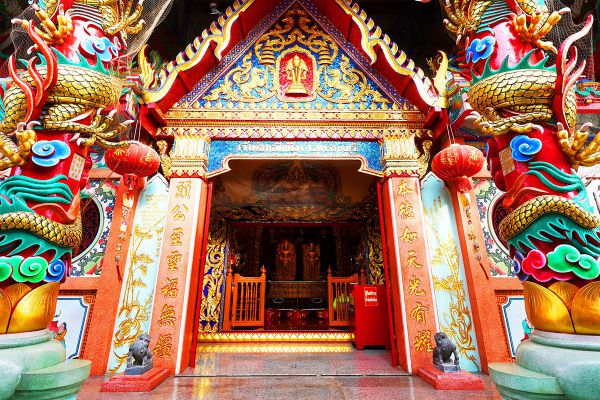 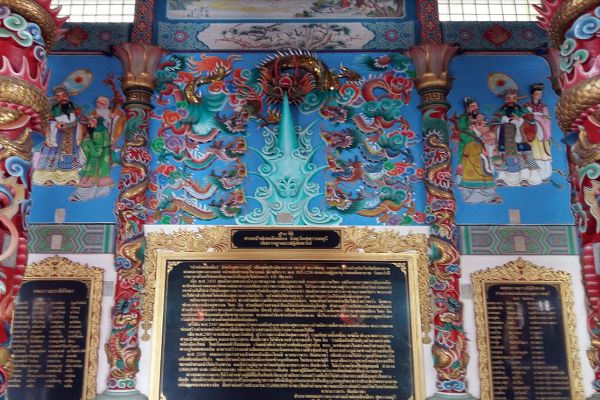 In the past, it was built of wood in the traditional Thai pavilion style, housing Shiva and Narayana statues carved from green stone, before being renovated to be in the style of Chinese edifice. The shrine also houses Mahayana Buddhist bas-relief known as Bodhisattva Avalokitevara or four-armed Narayana, dated back 1,300-1,400 years ago. The relief is respected from both the Thai and Chinese.

According to the history of the shrine, the bas-relief was found under the mud in San Chao Po canal 150 years ago before it was dragged up and offered a shrine to house. In 1904, King Rama V took a private journey to Suphan Buri and held a sacrificial ceremony to the shrine. He also donated for funding the renovation and the construction of the dam around the shrine hill, the seats for worshipers, and the wall.
On every full moon day in the 7th lunar month, Chinese associations will hold a Mahayana festival called “Thing Kra Chat”, in which they will distribute things to people in order to make merits for their deceased relatives. Tourists can visit City Pillar Shrine everyday rom 8 a.m. to 5 p.m.