Nakhon Si Thammarat City Pillar Shrine was built to house the City Pillar Shrine following the proposal of the committee of historical object construction of Nakhon Si Thammarat. The committee and the private sector worked together to build the shrine on the land of the Treasury Department north of the city. The land covers an area of 3,200 square kilometers and has five buildings. 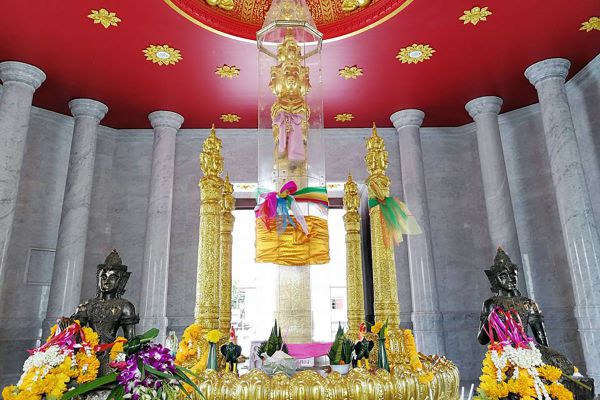 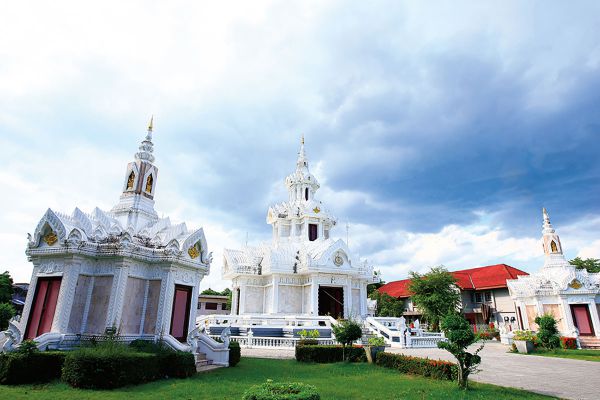 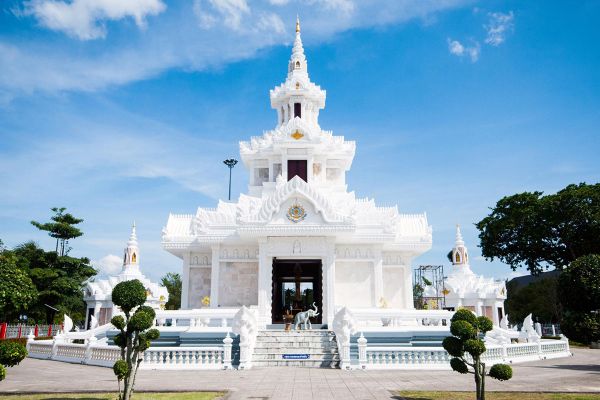 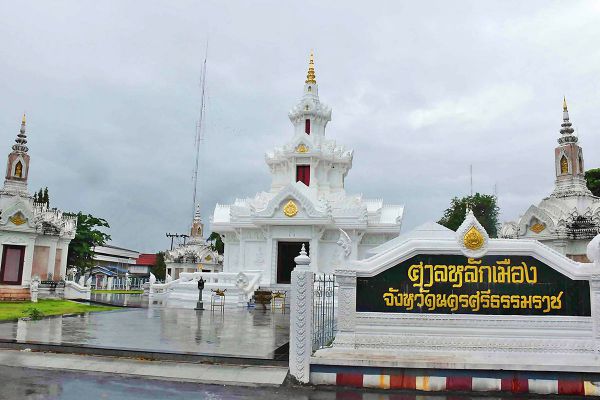 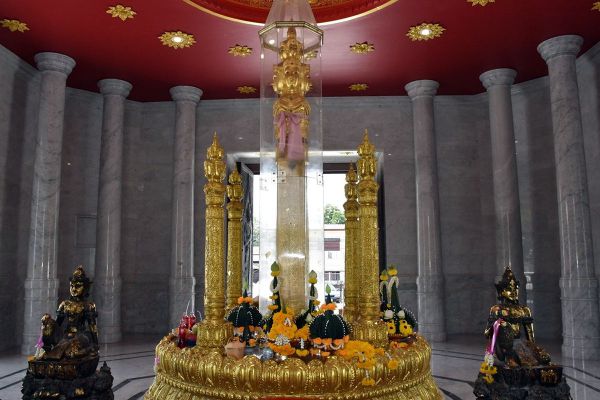 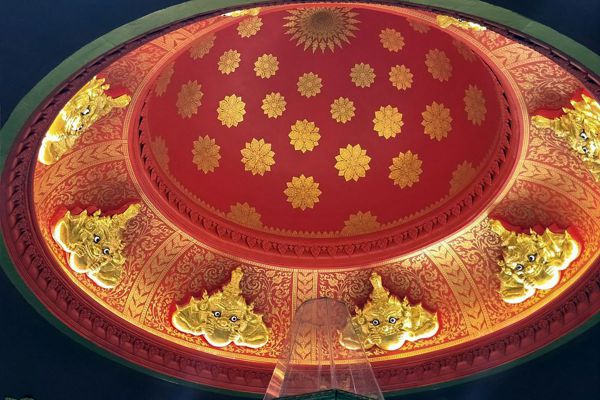 The middle building houses the City Pillar. It was designed in “Hemrachaleela style,” which is similar to Srivijayan art. The headstone of the shrine was placed on August 4, 1989. The four other buildings serve as “satellite buildings” of the four directions called “Chatulokathep Shrine,” comprising of Phra Suea Muang Shrine, Phra Song Muang Shrine, Phra Phrom Muang Shrine and Phorn Bundan Muang Shrine. Their headstones were placed on May 7, 1992. The construction was completed on 1999. The City Pillar was made of Hopea odorata wood from Yod Luang Mountain, which is part of Nakhon Si Thammarat mountain ridge in Karor Sub District area, Nopphitam District, Nakhon Si Thammarat Province.

The pillar is 2.94 meter tall and its circumference is 0.95 meter long. There are nine patterns carved on the pillar. The upper part has a figure of Chatu Kham Ram Thep (four-faced) or the city’s guardian angel. On the angel’s head at the top of the pillar, there is a pattern of flames. The carving followed Mahayana Buddhist belief which, in the past, was a dominating sect in the South where Nakhon Si Thammarat is located. The “Berknate” ritual (spiritual awakening) was held on March 3, 1987. On August 3, 1987, His Majesty the King made the auspicious marking on the top of the pillar at Chitralada Palace. The pillar was placed at the City Pillar Shrine in the following day.Each process of construction contained a series of sacred rituals. During 1985-1987, as many as twelve rituals were conducted, such as Loy Chata Muang, Sakod Hin Lak Muan and Pluk Yak Thevada. In short, Nakhon Si Thammarat City Pillar Shrine was established with a history, delicacy and uniqueness. Thus, the City Pillar Shrine is one of the historical evidences that reflect lifestyle of Thai people in the past, as well as their efforts to recreate and protect their heritages at the present time.

Pong Phra Bat Hot Spring is in the area of Ban Du, Mueang Chiang Rai District, the province of Chiang…

The Assumption Cathedral is the principal Roman Catholic church of Thailand, located within the grounds of Assumption College at 23…