Wat Sam Pluem can easily be found east of the city island. It is located dead-center in the middle of the Rojana Road – as it leads to/from the Asian Highway. Wat Sam Pluem serves as a traffic roundabout, and it is well-known welcoming sign to the old city. Its large chedi is usually decorated and lit up at night. 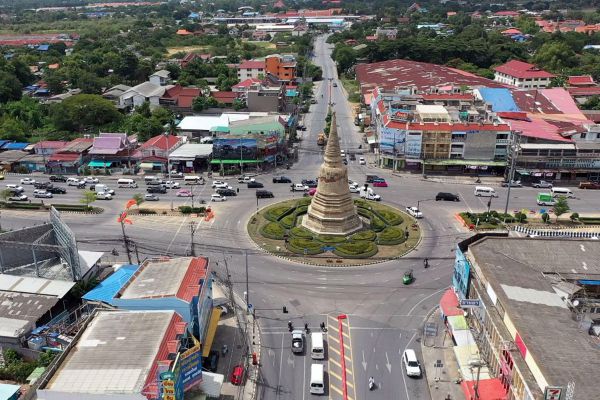 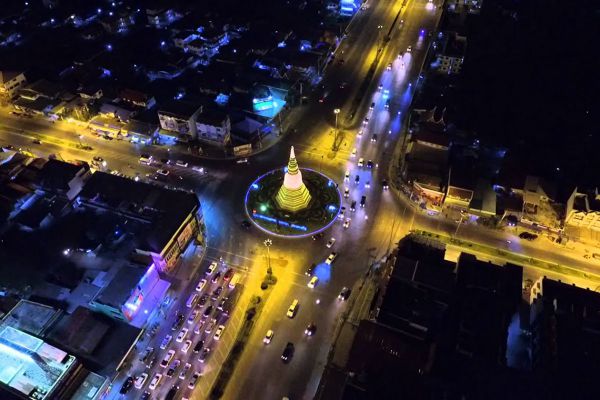 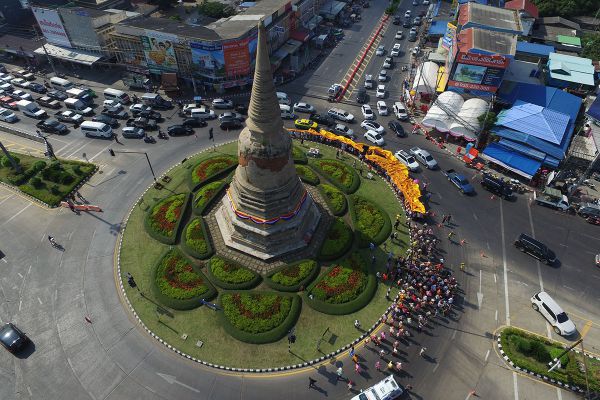 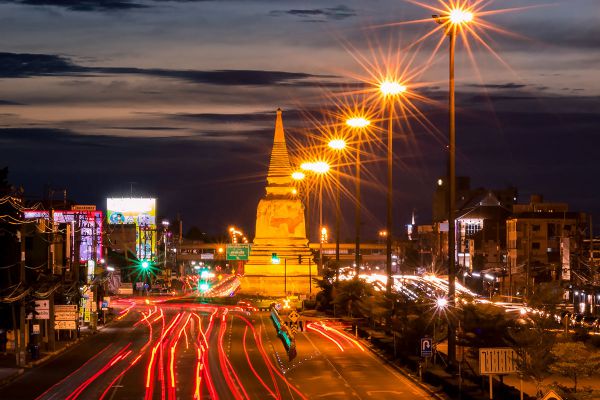 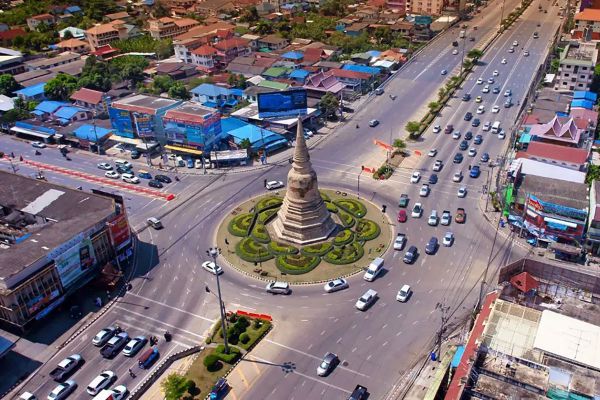 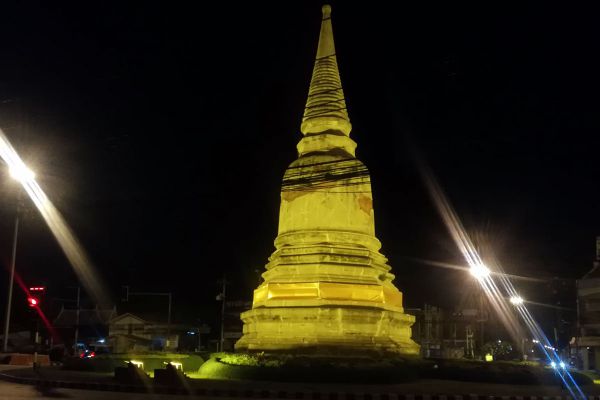 There is only the single bell-shaped chedi in situ, but its size is fairly large for the area. The remaining structures of this monastery were cleared away due to road construction. However, it is still possible to see red bricks on the banks of Khlong Dusit. Some of these may have belonged to this monastery.

The history of this temple is not very clear. The style of the chedi suggests that it was constructed in the Middle-Ayutthaya period. However, it should be pointed out that, King Borommakot (r. 1733-1758) renovated many monasteries in this area during his reign, so it is possible that Wat Sam Plum is even older than the chedi’s structure suggests. Wat Sam Pluem was once part of an ancient canal system. One could travel from this monastery via Khlong Dusit to Wat Yai Chai Mongkhon. The area between these two sites was known for its rice mills and rice distilleries. Villagers could also head north toward Wat Ayodhya from this prime location.

The canal system has been mostly destroyed by road construction, and a water gate prevents navigation. The modern city has grown around Wat Sam Plum. Thai youth have jokingly nicknamed this temple Chedi Nak Kleng, because it sits in the middle of the road forcing everybody to move around it. The chedi is now a very useful marker for tourists. If you turn north at Wat Sam Pluem, it will lead you to ruins such as Wat Kudi Dao and Wat Maheyong. If you turn south at Wat Sam Plum, it will take you to Wat Yai Chai Mongkhon and Wat Phanan Choeng.

Though founded in 1369, the ruins of Wat Phra Ram date mostly from its restoration in the 15th century. Its…

Doi Suthep–Pui National Park is a national park in Chiang Mai Province in Thailand. It includes Wat Phra That Doi…

Jim Thompson House is a combination of 6 traditional Thai-style teak-wooden houses, that were purchased from several owners from various…