Bor Sang mid-sized craft village about nine kilometres east of the Old City specialises in the paper umbrella-making craft. Well known for outstanding handcraft quality as well as signature floral designs, Bor Sang Village has made its name throughout the country and abroad – so much so that the name Bor Sang has become synonymous with the paper-umbrella craft itself and the umbrella, a cultural symbol of Chiang Mai. 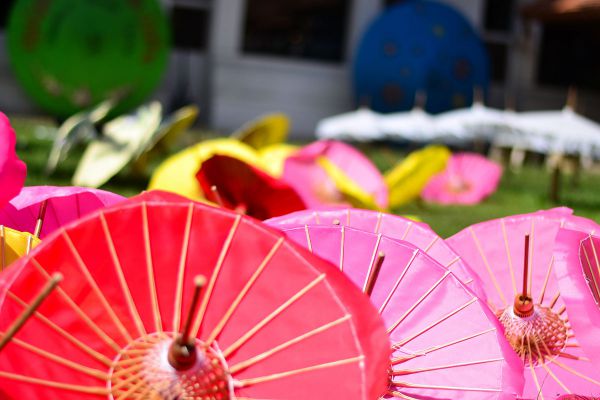 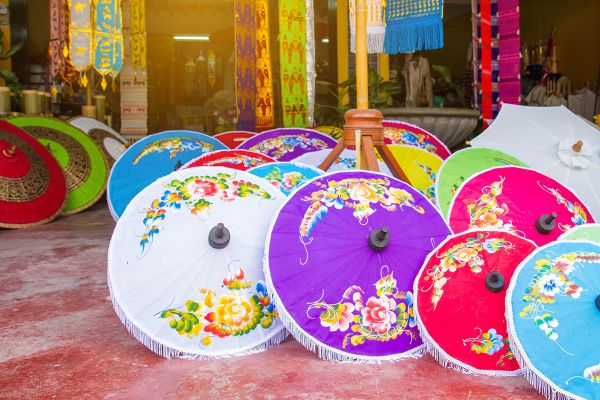 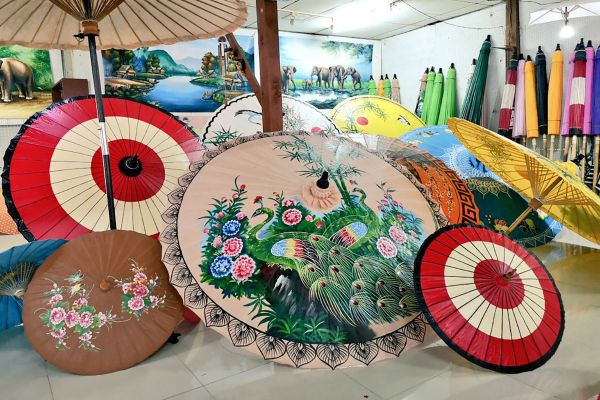 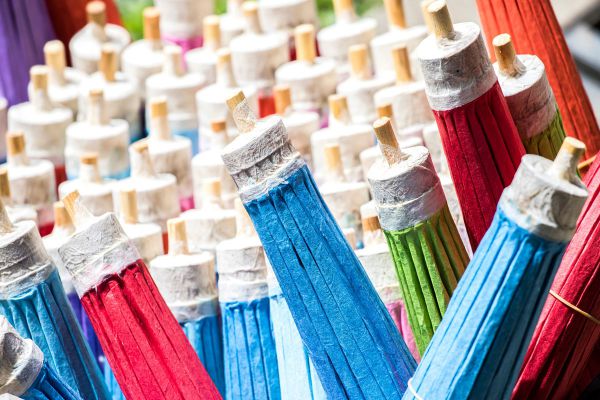 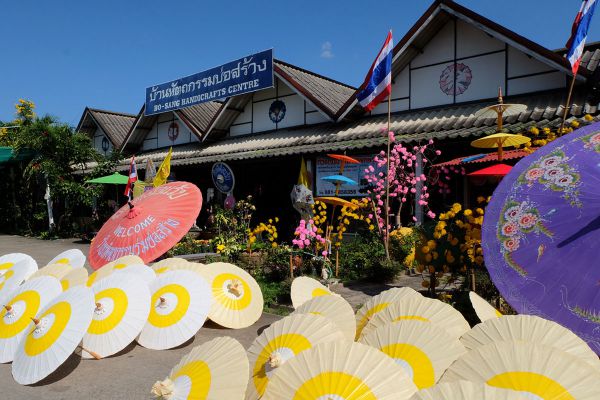 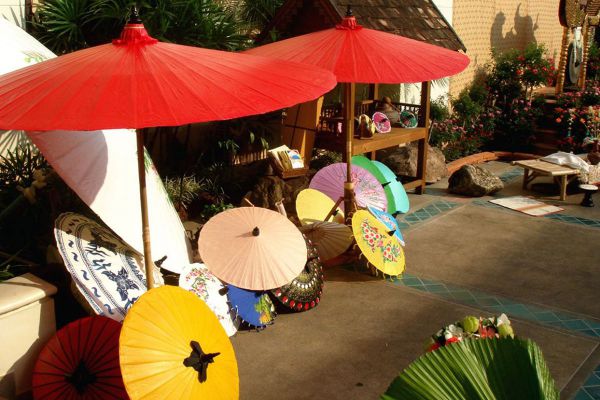 Here, you’ll find plenty of hand-painted umbrellas, tiny cocktail umbrellas, large parasols for gardens or patios and other handmade products – all made from sa paper (produced from the bark of the mulberry tree) and, a more recent development, cotton. The design has also evolved, from the original floral patterns to depictions of Chiang Mai’s rural scenery and even abstract patterns.

After entering the San Kampaeng district (where Bor Sang is located), you will see vibrantly coloured paper umbrellas in various street-side shops. Some also sell the umbrellas, but that’s not where all the action is.

Bor Sang Village is where you want to go. Besides crafts shops, selling the umbrellas and sa paper products, the main highlight is the umbrella factory, where you can watch the craftsmen and women putting together the umbrellas from scratch. In an assembly-line setup, you will be able to tour all the stations, from the making of the smallest parts to fully assembled parts, the drawing station, sundry station (a green lawn laden with vibrantly coloured umbrellas of all sizes) and the finished product ready to be displayed in craft shops.

During the annual Bor Sang Umbrella Festival (every third Friday of January), the entire village and San Kampaeng district come to live with festivities, among them parades, exhibitions and Miss Bor Sang pageant contest.

Wat Tham Ta Pan is undoubtedly one of the weirdest original temples of southern Thailand. Located about 100 km north-east…

Wat Pa Sawang Bun is located in Tambon Cha-Om, Amphoe Khaeng Khoi, Saraburi. It was built in 1985 by Luang…

Koh Mak (Koh Maak) is located in the Marine National Park in Eastern Thailand, around 40Km from the Trat coast…