Bayin Nyi Cave was known as the Bingyi Caves in the colonial literature. Temple & Oertel visted the cave in April 1892. Temple described the location as “on the Dondami River, 51 miles from Maulmain, and 15 miles from Thaton”. 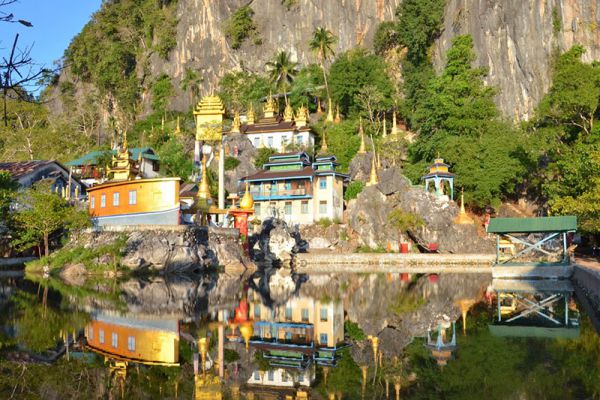 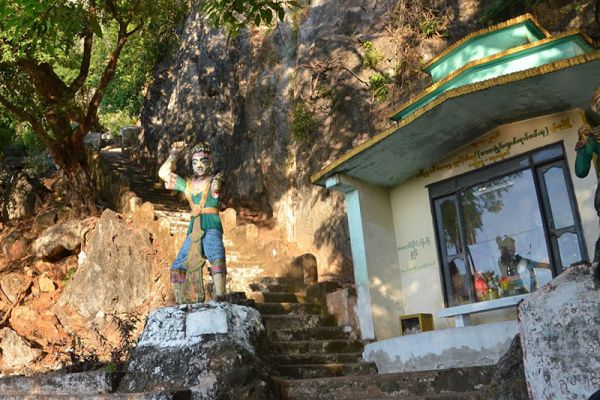 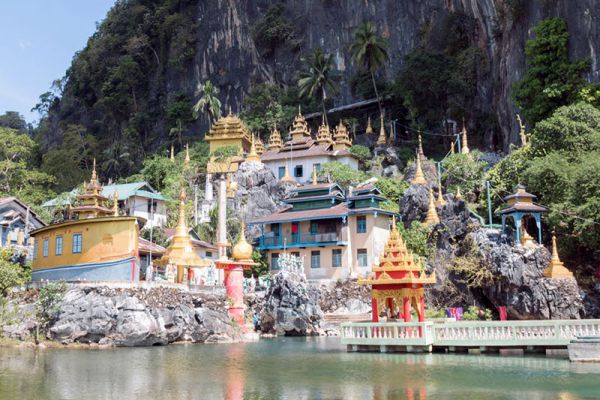 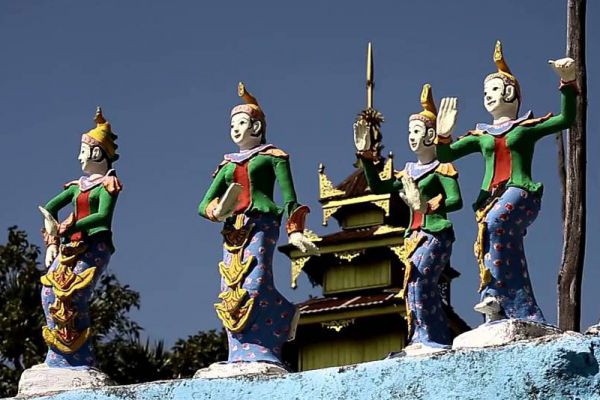 The Binjl Cave is situated in some low hills about 3 miles east of a village called, apparently indifferently, B’in’laing and Nyaungjan, on the left bank of what is usually known to Europeans as the Dondami River, but is really the B’in’laing River. This village is about three miles below Duyinzek, and about 51 from Maulmain and 11 from Thaton. At the foot of the Cave is the village of B’injl, which is reached by bullook cart across jungle and rice-fields from B’in’laing Village. In front of the Cave is a pool of very hot water from whioh a stream issues, and over this stream is a single-plank bridge.

The Cave itself is not situated at the foot of the hill, and a climb of from 50 to 100 foot is necessary before reaching it. In the rains tho country between B’in’laing and B’inji is flooded. B’inlaing can be reached from Maulmain by ferry-launch to Duyinzek, 52 miles and thence backwards three miles by country-boat. Bullock carts can, by arrangement, be procured at B’inlaing. A special launch from Maulmain could, of course, be moored at B’inlaing , whichi is a station for procuring firewood for the ferries. In any case more than one day is necessary for the expedition.