Ban Gioc Waterfall is one of Vietnam’s most impressive natural sights. Located in the northeastern province of Cao Bang, the falls are 30 metres high and 300 metres across, making Ban Gioc the widest – but not the highest – waterfall in the country. 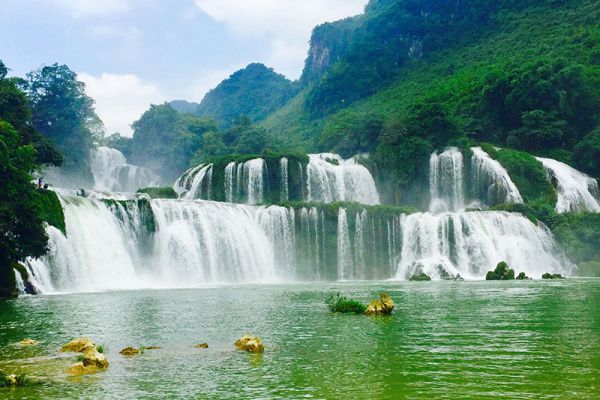 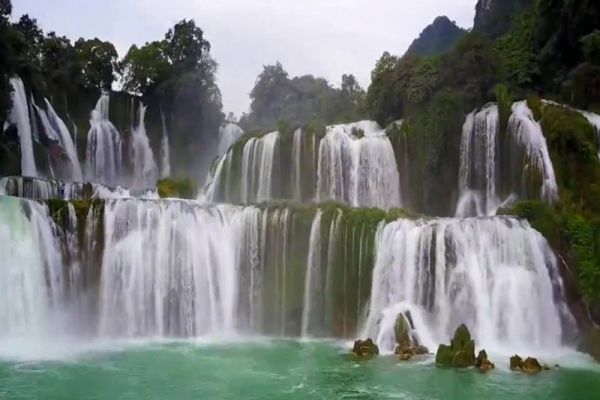 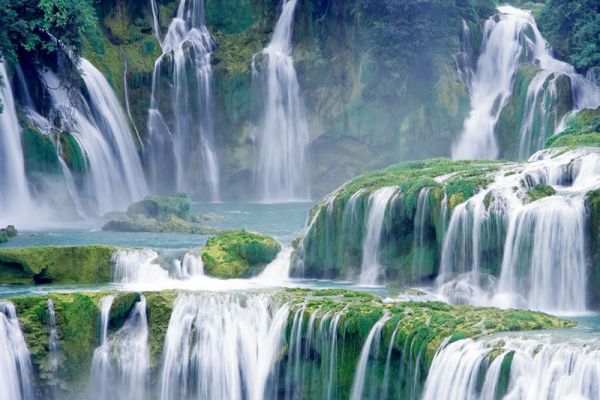 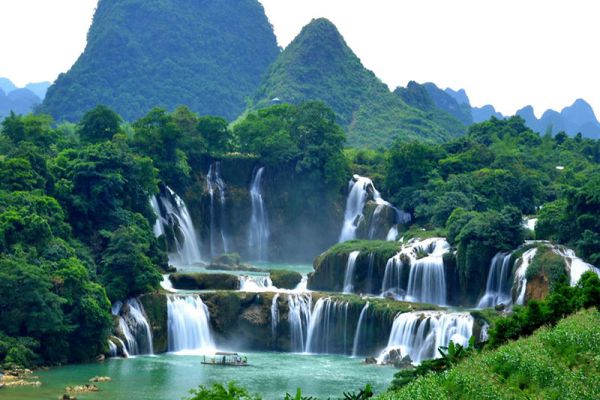 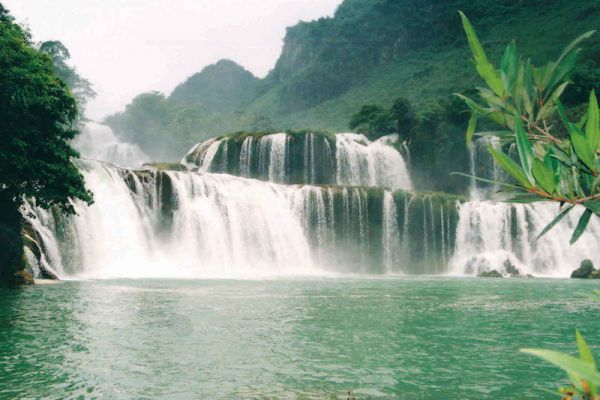 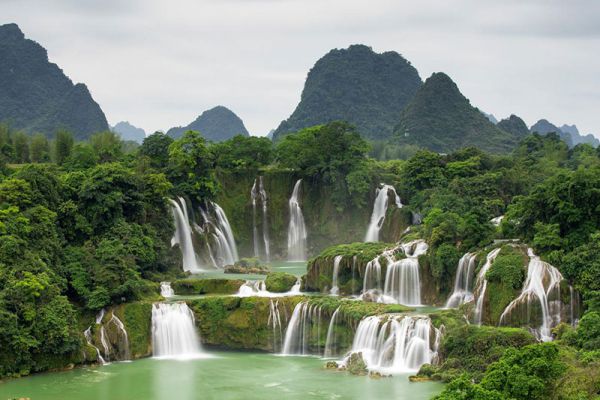 The falls occur on the Quay Son River, a beautiful jade-blue body of water, flowing through a pastoral landscape of rice fields and bamboo groves, surrounded by limestone pinnacles.

At Ban Gioc, the Quay Son River forms the border between Vietnam and China. Consequently, the falls are half in Vietnam and half in China. Both countries have bamboo rafts that punt visitors around the base of the falls for better views of the cascade: you can literally shake hands with Chinese tourists on the other rafts. Ban Gioc Waterfall is 350km from Hanoi. It’s reached via a good national highway to Cao Bang City, and then several recently upgraded provincial roads, leading through fantastic countryside to the falls. It’s now easier than ever to visit Ban Gioc, but still very few people, especially foreign travellers, make it here. A perfect destination if you’re on a motorbike road trip around northern Vietnam.