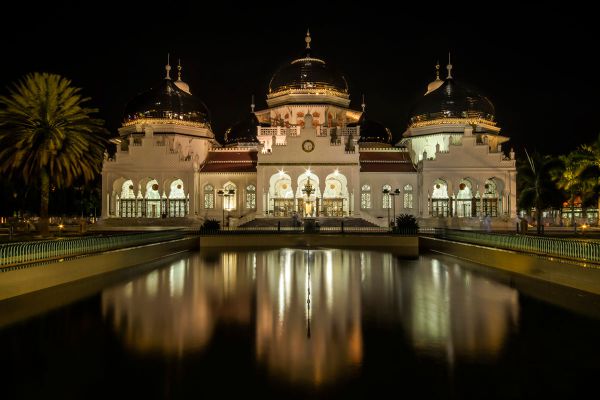 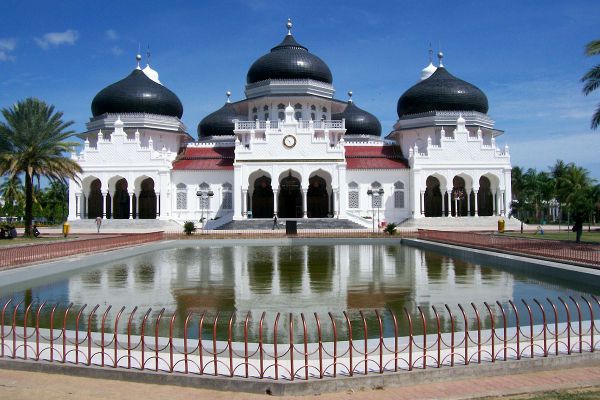 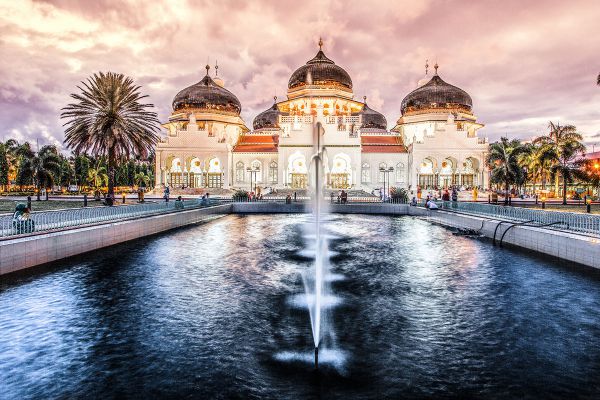 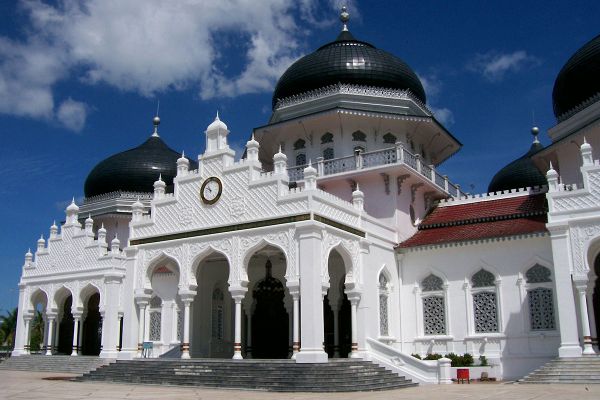 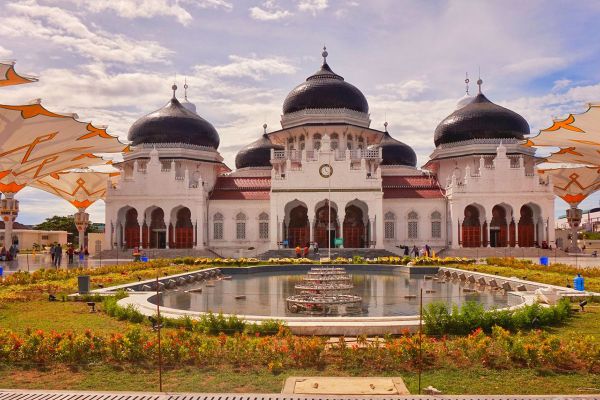 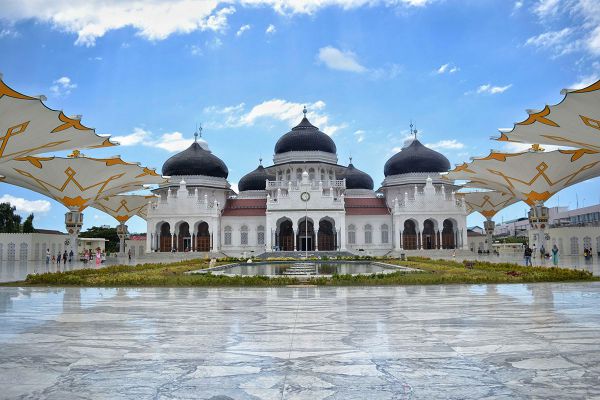 The mosque was originally designed by the Dutch architect Gerrit Bruins. The design was subsequently adapted by L.P. Luijks, who also supervised the construction work done by contractor Lie A Sie. The design chosen is Mughal revival style, characterized by grand domes and minarets. The unique black domes are constructed from hard wood shingles combined as tiles.

The interior is decorated with relieved wall and pillars, marble staircase and floor from China, stained-glass windows from Belgium, well-decorated wooden doors, and ornate bronze chandeliers. The building stones are from the Netherlands. At the time of its completion, this new design presented a stark contrast compared with the original mosque that many Acehnese refused to pray in the mosque, because it was built by the Dutch “infidels”. Today however, the mosque has become the pride of Banda Aceh.

Pura Ulun Danu Beratan, or Pura Bratan, is a major Shaivite water temple on Bali, Indonesia. The temple complex is…

Kauman Great Mosque, approximate English translation of Javanese Mesjid Gedhe Kauman is a Great Mosque of the Yogyakarta Sultanate in…

Patenggang Lake is a lake located in the area of natural tourist attractions in the southern Bandung city, West Java,…